LARGE Hadron Collider scientists have uncovered an IMPOSSIBLE anomaly in reality so momentous it threatens to undermine physics itself.

By Paul Baldwin, published on The Express UK, on September 26, 2018

The revelation has been spotted in the mind-blowing sub-atomic world where particles are mere wisps of existence and only survive for microseconds – but the new science could see 100 years of accepted physics thrown in the bin.

The discovery is so troubling it threatens to undermine the so-called Standard Model – the bedrock of all modern physics and an attempt to formulate a theory of everything.

Leading British physicist Tara Shears who carries out research at the famous atom-smasher in Cern, Switzerland, said if the anomaly – which is still being analysed – turns out to be correct it would “break science”.

She added: “As a particle physicist its as big as Einstein.

“It’s hugely exciting because it would lead to us breaking science and would have huge implications.”

The Standard Model was the dream of major scientists from Einstein to Hawking – and many physicists believed humanity was drawing closer to a final theory which explained everything in the universe.

But the new LHC discovery has confounded the scientists’ optimism.

Initially physicists at the massive LHC dismissed the new findings as a mistake or a quirk of the seven-mile long collider.

But repeated identical findings of the freakish movements of an infinitesimally small particle known as a Muon seemed to prove conclusive. 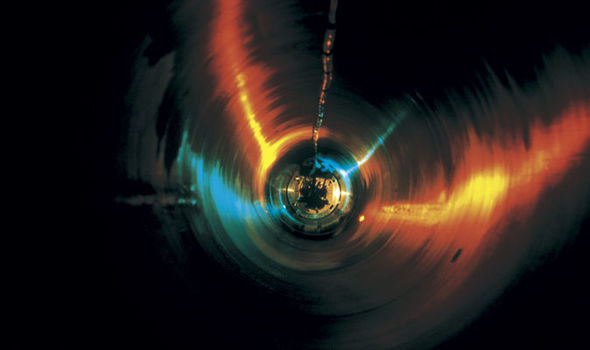 Artists impression of a superconducting magnet for LHC (Image: GETTY)

More importantly the data could not be explained away using established norms of theoretical physics.

In an interview with Express.co.uk at the New Scientist Live expo in London Ms Shears, Professor of Physics at the University of Liverpool, said normally particles behaved in line with the predictions of theoretical physics – in, in this case when an electron decays two particles known as Taus and Muons should be spat out.

However LHC researchers discovered Muons were not adhering the physics of the Standard Model and were being spat out 25 percent less than they should be.

Ms Shears said: “Muons were produced 25 percent less often than electrons and that cannot happen in the Standard Model. 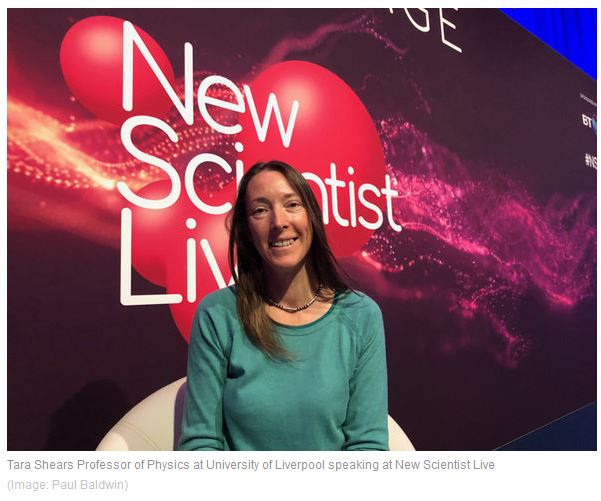 “That can only happen if there’s new physics out there.

“The LHC findings are 25 percent too low and we are eagerly awaiting the outcome of this data – if it stays like this then this would be the first sign of something genuinely new out there.

“We have no idea what it is – it’s nothing we’ve known before.”

Scientists hope solving the Muon anomaly puzzle will shed light on the biggest prize in physics – the problem of Dark Matter and its associated Dark Energy.

Ms Shears said: “That is the next step in this adventure.

“This is bigger than the Higgs Bosun, it is Nobel Prize winning stuff, it tells us what the universe is made of

“We are desperate to find answers to these questions – but we are just seeing measurements that don’t fit.”