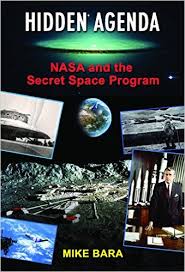 Space expert Mike Bara looks at the secret space program of the American military that has been going on for over 60 years. Bara looks the Army Ballistic Missile Agency’s proposed Project Horizon which was a study to determine the feasibility of constructing a scientific / military base on the Moon. On June 8, 1959, a group at the Army Ballistic Missile Agency (ABMA) produced for the U.S. Department of the Army a report entitled Project Horizon, A U.S. Army Study for the Establishment of a Lunar Military Outpost. The permanent outpost was predicted to cost $6 billion and was to become operational in December 1966 with twelve soldiers stationed at the Moon base. Wernher von Braun, head of ABMA, appointed Heinz-Hermann Koelle to head the project team at Redstone Arsenal. Their plans called for 147 early Saturn A-class rocket launches to loft spacecraft components for assembly in low Earth orbit at a spent-tank space station. A lunar landing-and-return vehicle would have shuttled up to 16 astronauts at a time to the base and back. While officially Project Horizon was scrapped by the military, or was it? Bara looks into the secret space program, the possibility of secret bases on the Moon and many rumors surrounding the military’s secret projects in space.

The book will ask and answer many questions. Was Wernher von Braun involved in the Roswell crash investigation? Why did he suddenly become fascinated with highly advanced theoretical physics propulsion systems during the Apollo years, and why did all of this public research suddenly “go black” in the early 1960s? Did NASA and the Pentagon know and expect to find evidence of alien bases on the Moon? Did the Apollo 12 astronauts deliberately damage the TV cameras in order to hide their explorations of one of these bases? What was the top secret “Chapel Bell” experiment on Apollo 16?