By Daniel Halper, published on New York Post, on December 9, 2016 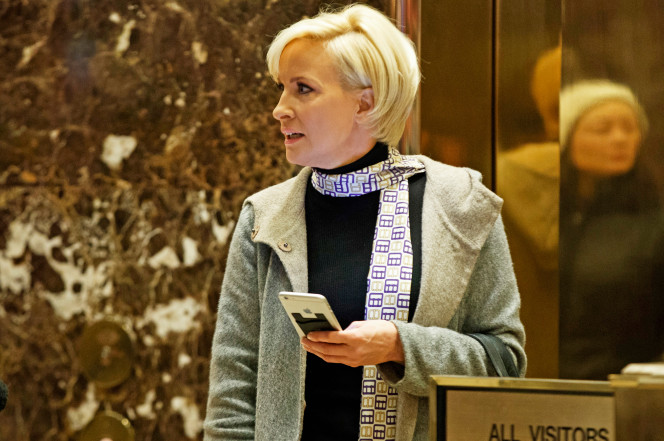 Hillary Clinton’s campaign tried to remove an MSNBC personality from the air after she aired criticisms of the Democratic presidential candidate, the host revealed Friday.

Mika Brzezinski, a co-host of MSNBC’s “Morning Joe,” said NBC was pressured to get her pulled during the campaign.

“I was concerned the campaign was not understanding that perhaps there was an arrogance. They needed to sort of get off their high horse and understand that this isn’t over,” Brzezinski said on her show Friday, recalling the criticism she expressed frequently during the campaign.

“I’ll just say it: NBC got a call from the [Clinton] campaign. Like I had done something that was journalistically inappropriate or something and needed to be pulled off the air,” she added.

Brzezinski’s on-air barbs during the campaign also drew the ire of Debbie Wasserman Schultz, then the chairwoman of the Democratic National Committee.

Leaked DNC e-mails show that Wasserman Schultz wrote to NBC anchor Chuck Todd in May, with the subject line, “Chuck, this must stop,” after Brzezinski called for her to resign over her handling of the primaries.

Just minutes earlier, Wasserman Schultz wrote to DNC Communications Director Luis Miranda, saying: “This is the LAST straw . . . This is outrageous. She needs to apologize.”

Brzezinski, of course, was not removed from her show and still hosts it daily, along with former Republican Rep. Joe Scarborough.

Past Clinton campaigns, however, have been successful at muscling NBC to remove talent after on-air criticisms.

David Shuster was suspended for two weeks for airing criticism of the Clinton campaign’s handling of Chelsea Clinton in 2008. Shuster eventually left the network.