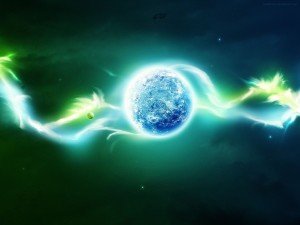 14 June, 2013, a message from Shekina Rose / Blue Ray
“Number sequences that appear embedded in this channel are given to Shekina Rose by spirit to activate this transmission”

The first part of the year had a different energy frequency in the Mother’s way; it took time for things to get moving, intuitive, reflective, life reviewing, lots of stopping and going. You may have thought, when will the New Earth begin? The rest of this year will flow more powerfully in the water element essence of the Divine Mother in many ways; know the bridge has been created and you are walking to the other side. 13

You, the new forerunners of the Angelic Star Human Template, have now been fully called and activated. This activation is directed by the harmonics codes of the Cosmic Mother matrix, a revelation from the keys of Enoch of Shekinah’s return. These vibratory keys in the Language of Light through Shekinah are manifesting in many way in your reality in retuning the Source Codes of life giving birth to the Angelic Star Human and new earth. 333

As a Blue Ray and Ultra sensitive Light Bearer you may be feeling more intensely through your emotional body and life. Know that you are the bridge builders, overseers, nurturers and world servers of these holy codes from the sacred divine feminine Godhead of the divine human star template. 13

You know that you are the New Forerunners, the new world servers, as you have been guided your whole life by an undercurrent mystical synchronic force to be in service for a higher mission with the Cosmos. This rest of this year is where much will unfold in increasing your unique spiritual specialty gifts and abilities and activating new ones. You are being attuned to your ancient cellular memories of sacred knowledge that is being rewired in the Earth resonances.

Many of the new forerunners of the Star Angelic Human DNA Template will have recently experienced extreme ascension and earth shift symptoms, with waves of heightening unity source consciousness. This is because you are the star gate portal that realigns and harmonizes the frequencies of the universe to your sacred lineage back to Source Creation in the human DNA. Because of this you had to have acute resonance sensory skills that made you feel unlike other humans. 444

What is important for you to know is you have the grandest honor for you are creating the New Earth through your true essence of being. We hear your spirit say, why this intense clearing and cleansing? Why do I or have I felt so alone? Being the new forerunners of the New Earth, it was necessary that you clear a pathway in the human DNA spirit for resonance of the angelic star human to emerge that activates the Divine Original Blueprint. 333

What is occurring has not been done on Gaia before; many of you have traveled far, from many star systems and realms. You needed to come through the gateway of being fully human which means you also felt the veil of disconnect from Source so that you could be the bridge builders of harmonics from your part of the Creation matrix. Only the most skilled, ascended holy beings of light could come through this fall and keep the resonance of their divine cellular encodements. This is an amazing feat! 555

Because of the fall from grace, and genetic mutations of the Gods, the only way that humanity could be brought back to full Source connection was through the sacred agreements that the ascended light souls would need to be born as humans or walk-ins. The Gods, light beings and extraterrestrials could not come here as they once did through the open portals as this was insurance so as not to create any further manipulations and control for humanity and also instill a higher dedication of souls that only the best of the best would come, and that you are. 333 This means that not only would you be creating cellular resonance within the DNA, you would be re-establishing sacred light portals and pathways of angelic consciousness of Source Creation on the Earth plane.

Your body is going online as a star gate portal of the divine and your metamorphosis of the angelic star human divine original blueprint. 555

It is suggested to consult a healthcare professional for symptoms as not every symptom is from ascension. And though it may be an ascension symptom, you still may need assistance with the process.

Letting go. Many of you let go of traditions, property, belongings, relationships, and ideas that kept you in the old paradigm—very significant signs that you were truly ascending.

Challenges with eyesight, days of not seeing like you used to, and not being able to focus, can be an expansion and recalibration of clearer, higher vision and sensing, and being more in tune with the heavenly celestial and light realms. You are receiving higher activation of your ear chakras, crown, pineal and pituitary areas. This can also be a sign to allow your soul essence to emerge. Sit quietly with your divine support team and ask. Also during cycles of increase/influx of Cosmic Source energy, this can be a sign that you are spending too much time with technology. Nature is calling you to spend more time with her to put you in balance and harmony.

Where is my place in the world? Feeling waves of expansion that bring energy sensation of heat with the feeling of not being in the body, being out of time and space, similar to déjà vu. This can bring on symptoms of not feeling connected to any place and not knowing your place in the world. You’re losing your old paradigm of where you thought you belonged that was safe. You are evolving to a more worldly and universal consciousness. Breathe with Gaia. Get back into alignment by going outdoors with Nature/Gaia and connect your Gaia point at your solar plexus with your higher heart (hands on both points, breathing deeply).

Erratic dietary changes and food cravings. There will be times when your body will be requiring more light and cosmic energies. Your spirit may wish for more greens and good nutrition. This is important for the emotional and elemental bodies to adjust.

Bouts of extreme fatigue where you cannot get out of bed and sleep all day.

Life review and questioning your mission and purpose. As you arrive in the new energies you may be feeling more expansive in who you are.

Craving sweets, especially dark chocolate. Use in balanced quantities, sometimes you may only require a small amount and this can assist the brain upgrades and upliftment of mood. You may be craving more sweetness and gentleness in your life. Nurture yourself.

Feeling like you’re floating with waves of light energy.

Ringing in the ears, downloads of the new energetic sensory abilities.

Flu, cold and virus as you go through tremendous upgrades, rewiring the body spirit that prepares for more of your God heart essence in form; this can be a deep cellular recalibration process at a higher level.

Letting go of sadness, with waves of deep release that free your spirit.

Experiencing grander Love of who you are at your core.

Lemuria global awakening of empathy. This is the resurgence of your ancient Lemurian nature that brings greater sensitivity, communion and harmony with all life.

A sense and feeling of a need to go inward for periods of time.

Times of the energy moving swiftly, with ideas all coming at once, feeling not enough time to get things done, and then a slowing down where nothing can be done until the wave comes again.

Blood sugar issues where what you have done in the past will not serve you now in the New Earth. Care and nurturing of your body and being are of the utmost importance.

Old memories that pop out of nowhere for self-forgiveness, love, and release—do not linger on these. Allow them through you and a new space for your true God essence.

You are finding new ways to be and care for your divine alchemic process of the angelic star human and New Earth. This mass shift in consciousness will continue to evolve with the cosmic star alignments of emerging New Earth technologies, ancient knowledge, alliances of light and reunions of souls. That will assist your crystalline cells to be activated and online with your Divine Original Blueprint. 444.

Be awakened in knowing your star family of light, the angelic celestial teams, realms, legions of light, support you through a created Divine source band around your planet. It is a love frequency of the rays of Creation that you are from. All is coming closer, the veils are thinner, you are stabilizing your New Earth angelic human beingness and you are doing this together as one family of light.

The Blue Ray Beings are an ultra-sensitive, empathic soul group like the Indigos that came from many different ascended planets and light realms to enlighten the genetic code of humanity and raise the God consciousness on Gaia. They are the lost ray of the Light Worker.

“Shekinah”, a Hebrew word in the “Language of Light”, is a mentor of the Blue Ray. Shekinah is the lost aspect of the sacred Divine Feminine of Creation that is the embodiment of God, the ascension process. Blue Ray is the soul group consciousness of the highest aspect of all Blue Rays. Together we give you these transmissions.

Copyright © Language of Light vocal sound transmissions by Shekina Rose of www.shekinaspeaks.com – Permission is granted to copy and redistribute this article and videos on the condition that the URL www.shekinaspeaks.com is included as the resource and that it is distributed freely and on a non-commercial basis. E-mail: shekina444@yahoo.com