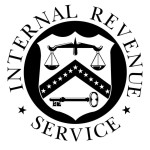 published on supremecourtcase.wordpress.com, on August 11, 2015

Breakthrough Memorandum of Law obliterates in 20 pages the fraud that has made the 3,837-page Internal Revenue Code a monolith of impenetrability. General knowledge of the contents of the Memorandum ultimately will result in withdrawal of cooperation on the part of a sufficient number of former victims of the fraud so as to lead to its elimination.

The commercial artifice known as “income tax” has its origins in 1622 in Amsterdam, Holland, and is the creation of goldsmith-bankers of the private Bank of Amsterdam[1] (est. 1609), parent bank of the private Bank of England[2] (est. 1694), in turn, parent bank of the private Federal Reserve[3] (est. 1913), and whose principals are the collective architect of the Internal Revenue Code and, in this country, sole beneficiary of the object thereof: revenue from collections of income tax (see Memorandum for evidence and proof).

When principals of the private Bank of Amsterdam in 1622 fail to sell the Dutch government on the idea of income tax they decide to procure their own government and country and thereafter hire Oliver Cromwell, finance and foment the English Revolution, orchestrate the execution of King Charles I of England, and install their own puppet, the Dutch prince, William III of Orange, on the British throne.

William’s most important act is the granting, on July 21, 1694, of the charter of incorporation of “The Governor and Company of the Bank of England,” the world’s first state-sanctioned “fractional reserve banking” institution, allowing the bank to masquerade as a department of government (Bank “of England”) and circulate (lend) its own promissory notes, each of which bears the bank’s promise to pay to the bearer on demand a certain quantity of gold, but for which there is no gold in the bank’s vaults. The arrangement permits the private Bank of England to loan its own paper currency at no cost to itself (i.e., Monopoly™ money) under the protection of the government; to wit:

“The bank hath benefit of the interest on all moneys which it creates out of nothing.”[4] William Paterson, founder of the Bank of England.

“It [the Bank of England] coined, in short, its own credit into paper money.”[5] James E. Thorold Rogers, Professor of Economics, Oxford University.

Enjoying a monopoly as they do, today’s banks “loan” computer-keypad keystroke entries of digits, called “credit” (modern equivalent of the Bank of England’s hollow promissory notes), at no cost to themselves. As explained by the senior government banking official, then-Secretary of the Treasury Robert B. Anderson:

“[W]hen a bank makes a loan, it simply adds to the borrower’s deposit account in the bank by the amount of the loan. This money is not taken from anyone else’s deposit; it was not previously paid in to the bank by anyone. It’s new money, created by the bank for the use of the borrower.”[6]

The Federal Reserve banking system cannot endure without constant extraction–by way of collection of income tax by the Internal Revenue Service to hide the fraud of inflation–of a huge percentage of the digits created and injected into circulation by banks in the loan process; hence the overwhelming complexity of the Internal Revenue Code and heartlessness of those who enforce its provisions. Notwithstanding the best-laid plans of the architects thereof, however, and efforts of their enforcers, no one can stop a grass-roots movement and anyone can disabuse himself of the hoax in the pages of the attached Memorandum.