Mel V Interview with The One Network: Closure and Moving Forward 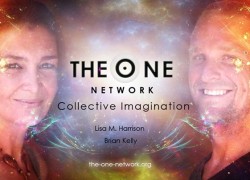 Mel V Interview with The One Network: Closure and Moving Forward

From Removing the Shackles and D removingtheshackles.com

Dani: Yesterday morning Lisa Harrison, Brian Kelly, Mel Batty and I sat down to talk with Mel V from Freedom Central to discuss our adventures of the past 2 years, our time in Morocco, the OPPT UCC filings, and our current direction.  In this interview, we talk candidly regarding our personal experiences here in Morocco, and our current push to move forward and create our new reality, using the lessons of the past to guide and illuminate this journey into the future.

ONE DOOR CLOSES, ANOTHER DOOR OPENS
Record on 27 November 2014.

Following on from an interesting 2 years which started with the UCC filings and the One People’s Public Trust, also known as the OPPT, so much has happened to the people who took up the gauntlet and traveled around the world to inspire a generation of freedom seekers, by educating them as to what they are, their true value, and seeking a tangible way for us to gain our freedom in this present reality.

I was honoured by the opportunity to catch up with Lisa M Harrison, Brian Kelly and Dee, to get a clear picture as to the facts regarding their journey, their time in Morocco spent with Heather Tucci, and their understanding of the truth with regards to the entire OPPT journey. It is also great to get to know the further extended members of The One Network, being Mel B, who also spent time with the crew in Morocco.

I have been very close to this story personally, being close to Lisa, sharing mutually appreciating interviews and having interviewed Heather Tucci and Dee, and having worked with Brian Kelly on the OPAL (One People Absent Limits) Tour.

Furthermore, the OPPT filings was followed on by the introduction of Swissindo to the global picture, and if anybody has been following my personal journey, you will know that I have been a delegates of Swissindo since June 2013, and currently hold the position as Head of Media within the God Sky Earth Project.

Freedom Central travelled to Indonesia in June 2014 to meet Mr. Soegihartononotonegoro, the King of Kings, who had bequeathed 6 million to every person on earth, following on from the “system being foreclosed” as stated by Heather Tucci based on the UCC filings of the One People’s Public Trust.

It is great to get a clearer picture from those at the heart of this story, who spent time getting close to Heather, and who got to see the truth for what it is. Hopefully this will give some closure on this chapter of the story, as the circles of light who have overcome this cosmic gauntlet, have pulled together to begin an amazing new journey.

We look forward to 2015 and encourage people to keep an eye on The One Network, because they are a strong team, and we are honoured to be able to work with them, as they have much in store for the media consuming truth seeker and believers of a better world. 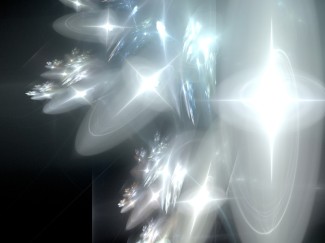 8 Comments to “ Mel V Interview with The One Network: Closure and Moving Forward”