Meet Your Interstitium, a Newfound “Organ”

Meet Your Interstitium, a Newfound “Organ”

By Rachael Rettner, published on Scientific American, on March 27, 2018 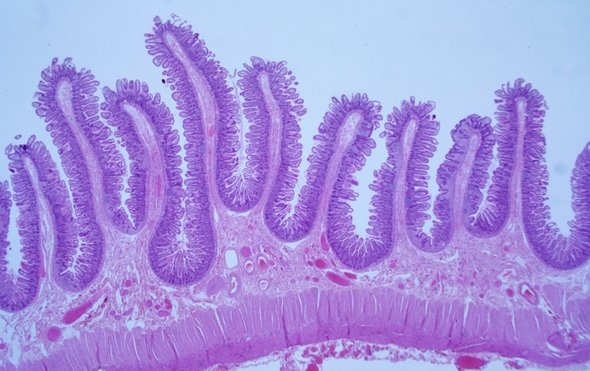 With all that’s known about human anatomy, you wouldn’t expect doctors to discover a new body part in this day and age. But now, researchers say they’ve done just that: They’ve found a network of fluid-filled spaces in tissue that hadn’t been seen before.

These fluid-filled spaces were discovered in connective tissues all over the body, including below the skin’s surface; lining the digestive tract, lungs and urinary systems; and surrounding muscles, according to a new study detailing the findings, published today (March 27) in the journal Scientific Reports.

Previously, researchers had thought these tissue layers were a dense “wall” of collagen—a strong structural protein found in connective tissue. But the new finding reveals that, rather than a “wall,” this tissue is more like an “open, fluid-filled highway,” said co-senior study author Dr. Neil Theise, a professor of pathology at New York University Langone School of Medicine. The tissue contains interconnected, fluid-filled spaces that are supported by a lattice of thick collagen “bundles,” Theise said.

The researchers said these fluid-filled spaces had been missed for decades because they don’t show up on the standard microscopic slidesthat researchers use to peer into the cellular world. When scientists prepare tissue samples for these slides, they treat the samples with chemicals, cut them into thin slices and dye them to highlight key features. But this fixing process drains away fluid and causes the newfound fluid-filled spaces to collapse.

Rather than using such slides, the researchers discovered these fluid-filled spaces by using a new imaging technique that allows them to examine living tissues on a microscopic level.

The researchers are calling this network of fluid-filled spaces an organ—the interstitium. However, this is an unofficial distinction; for a body part to officially become an organ, a consensus would need to develop around the idea as more researchers study it, Theise told Live Science. The presence of these fluid-filled spaces should also be confirmed by other groups, he added.

Official designation aside, the findings may have implications for a variety of fields of medicine, including cancer research, Theise said. For example, the findings appear to explain why cancer tumors that invade this layer of tissue can spread to the lymph nodes. According to the researchers, this occurs because these fluid-filled spaces are a source of a fluid called lymph and drain into the lymphatic system. (Lymph is a fluid that contains infection-fighting white blood cells.)

The human body is about 60 percent water. About two-thirds of that water is found inside cells, but the other third is outside cells and is known as “interstitial” fluid. Although researchers already knew that there is fluid between individual cells, the idea of a larger, connected interstitium—in which there are fluid-filled spaces within tissues—had been described only vaguely in the literature, Theise said. The new study, he said, expands the concept of the interstitium by showing these structured, fluid-filled spaces within tissues, and is the first to define the interstitium as an organ in and of itself.

The new work is based on the use of a relatively new technology called a “probe-based confocal laser endomicroscopy” or pCLE. This tool combines an endoscope with a laser and sensors that analyze reflected fluorescent patterns and gives researchers a microscopic view of living tissues.

Back in 2015, two of the study authors—Dr. David Carr-Locke and Dr. Petros Benias, both of whom were at Mount Sinai-Beth Israel Medical Center in New York City at the time—were using this technology when they saw something unusual while examining a patient’s bile duct for cancer spread. They spotted a series of interconnected cavities in the tissue layer that didn’t match any known anatomy, according to the report. When a pathologist made slides out of this tissue, the cavities disappeared—a mystery that was later found to be a consequence of the slide-making process.

In the new study, the researchers first used pCLE on cancer patients who were undergoing surgery to remove the pancreas and the bile duct. The imaging technique indeed showed the fluid-filled spaces in the connective tissue. When the tissue samples were removed from the body, they were quickly frozen, which allowed the fluid-filled spaces to stay open so the researchers could see them under a microscope.

Later, the researchers saw these same fluid-filled spaces in other samples of connective tissue taken from other parts of the body, in people without cancer, Theise said. “The more tissues I saw, the more I realized it’s everywhere,” he said.

The researchers think that the fluid-filled spaces may act as shock absorbers to protect tissues during daily functions, the researchers said.

Theise noted that there may be quite a bit of information already known about this fluid-filled space; it’s just that researchers “didn’t know what they were looking at.” Indeed, the researchers plan to conduct a review of the scientific literature “for all the things we know about this [body part] but didn’t know we knew it,” Theise said.

The idea presented in the study appears to be “a completely new concept,” said Dr. Michael Nathanson, chief of the digestive diseases section at Yale University School of Medicine, who was not involved with the study. “From the evidence they presented it’s quite possible they’re correct,” Nathanson told Live Science.

Previously, physicians had a somewhat nebulous understanding of the interstitial space, Nathanson said. They knew it was a space with fluid found outside the cells, but no one had ever entirely explained what this means. The new study “did a nice job” of trying to define it, he said.

The new finding “allows us ask all kinds of questions we didn’t even know to ask beforehand,” Nathanson said. For example, could this area become altered in disease, or play a role in driving disease, he said.