by Tracey Watson, published on Natural News, on November 27, 2017 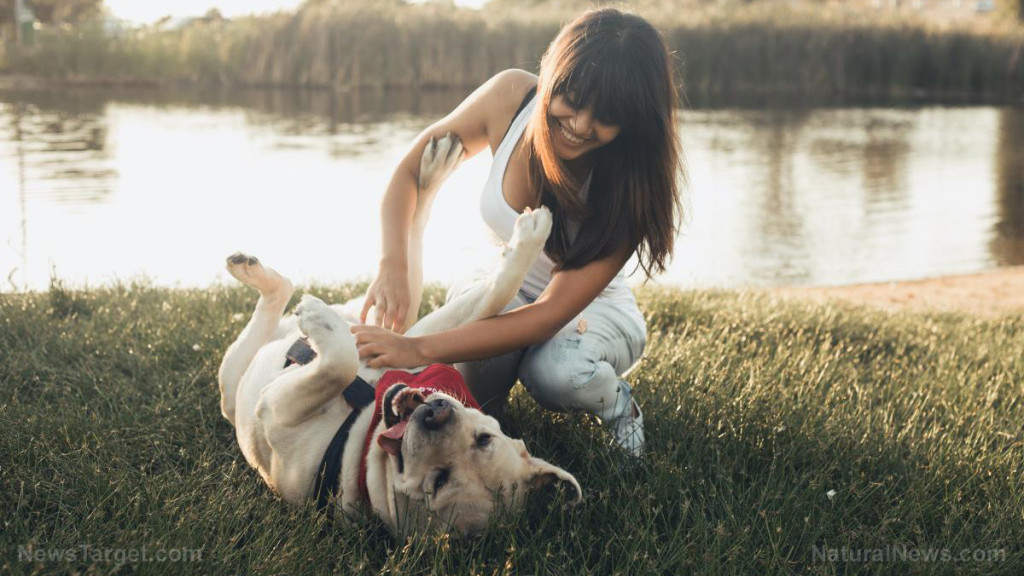 (Natural News) Just a few years ago, anyone who said they were using marijuana to treat or cope with an illness would likely have been viewed as a criminal or a far-out hippie. Now, with 29 states legalizing marijuana use in some form, the use of this natural miracle plant is gaining popularity and mainstream acceptance. And along with its increasing popularity in the treatment of humans, there has been great interest in the use of pot for pets.

The Los Angeles Times reports that enterprising companies have been quick to jump on the bandwagon, offering everything from capsules and dog biscuits to tinctures and ointments, for the treatment of conditions ranging from pain and anxiety, to nausea and seizures.

As exciting as the potential of marijuana treatment for your four-legged friend may seem, there is good reason to be cautious.

For one thing, medical marijuana has not been legalized for use in veterinary medicine in any of the U.S. states. “It is illegal under federal law,” explains California veterinarian Ken Pawlowski. “As veterinarians, we are not allowed to prescribe or recommend cannabis as a form of treatment. Were the DEA to come down on a veterinarian, they could theoretically lose their license.”

Something else to bear in mind is that what’s good for humans is not always good for animals. For example, xylitol – a commonly used healthy substitute for sugar – can prove to be a deadly poison when ingested by dogs, even in small amounts. And many people are unaware that sharing a piece of your delicious after dinner chocolate can kill your best furry friend.

The toxic component of chocolate is theobromine. Humans easily metabolize theobromine, but dogs process it much more slowly, allowing it to build up to toxic levels in their system.

Similarly, Pawlowski points out that there has been no research into the possible dangers of medical marijuana in the treatment of animals, though there is plenty of anecdotal evidence to suggest that it may be very effective. The problem is that without research there is no accurate indication of what dosages may be safe. (Related: Discover the latest in veterinary health at PetHealth.news.)

“Dogs have more cannabinoid receptors than any other animal that we know, and therefore are potentially more susceptible to toxicities — and potential benefits if some could be demonstrated,” he warns.

In other words, while cannabis candy may be great for your pet, there are risks attached.

Pawlowski recommends being open with your veterinarian and telling them you intend trying cannabis on your pet so that they can advise you and monitor the situation. Since marijuana is not legal for your pet you will have to obtain it for your own use.

“I grew tired of euthanizing pets when I wasn’t doing everything I could to make their lives better,” he said. “I felt like I was letting them down.”

When his Siberian husky, Nikita, failed to respond to cancer treatment including surgery, he started dosing her with cannabis to ease her pain during the last weeks of her life. He reports that she stopped whimpering, started eating, gained weight and ran to meet him at the door when he came home again.

Kramer and Nikita had six more weeks together, during which her pain was eased and the [sic] enjoyed a measure of comfort before she was euthanized.

There is certainly enough anecdotal evidence to suggest that if the federal government were to allow further studies to determine accurate dosages, man’s best friend could reap real benefits from marijuana as a medical treatment.