by Lauren Gorgo, published on Think With Your Heart, on October 7, 2016 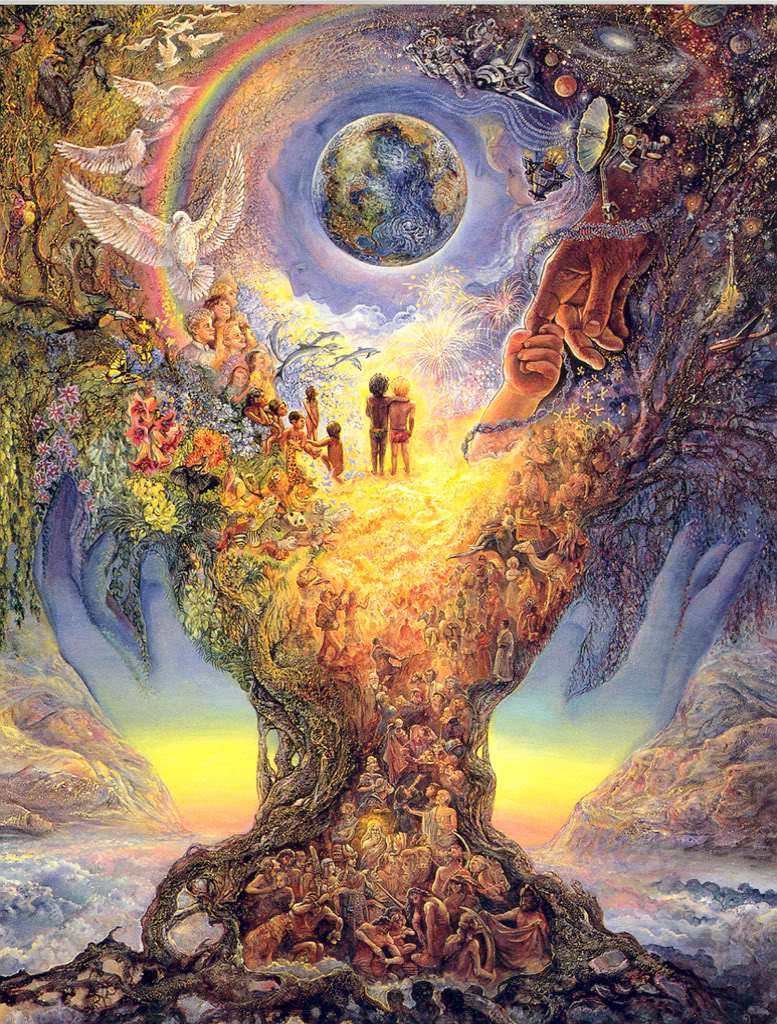 living our insides on the outside

Last month was no doubt a doozy as we squared off with our core wounds for a final look at our past, but it’s time now to turn our attention to the unfolding of our future: the new (true) physical expression of Self.

The 9th month of this universal 9 year brought to us the end of the end, where October opens us to the beginning of the beginning…even if we are still be dealing with a bit of a death hangover.

In the new report I talk about what we’ve all just been thru and why, and what we can look forward to as we open to the next universal cycle…a cycle that finally offers us the real potential for a karma-free life.

In some ways it was also the most excruciating, and yet, because we have spent so many years preparing for the ultimate (and repetitive) death that we would all have to walk thru last month, there was also a growing sense of capability…maybe even mastery…as we persevered thru some of the oldest demons of our existence one last time.

For those of you who took a final inventory of your most ancient wounds and have fully realized your wholeness…i.e. that the defragmentation (read: self-healing) journey is officially over…the door to your new reality is now opening.  This month we begin to make our way into the next 9 year cycle of our divine-human mastery, one that no longer requires suffering in order to evolve/expand/experience life on earth.

It may not feel that way yet as we have been hollowed to a point of near non-existence, but we are still pivoting from empty to full…refilling our LOVE cups with only what’s true.  It will continue to be a slow and steady strengthening but our new beginnings are anchoring and we are starting to tap into the new potentials that are fully aligned with our soul’s truth.

As we dissolve our old world identity the new world opens to us which is why we waded thru the death of our past self/life for 30 very long, very thorough days…at least half of which we spent engulfed in seas of uncertainty and non-meaning. For those inquiring, this encompassing process is why I chose to not to write a report for September as something so BIG has so completely ended that I found myself literally unable to speak on it while in it…which I guess says more than any words could have possibly conveyed. That said, this report ended up significantly longer than most (sorry ) so September found its way into my October after all, just in it’s own timing.  I will call this unexpected amalgamation of months my Septober report.

NOTE: For those of you who were inquiring about my well being, thank you and sorry to cause you concern.  It was a deeply challenging month for me on a personal level and I needed to completely withdraw in order to get my bearings, to be able to understand what was taking place to the point that I could speak on it with clarity. Tho I only write when called, I know this stretched some of you beyond your comfort zones and I thank you all for your patience during what amounted to be a very heartbreaking moment in my life.

Until now, every thought/word/deed was literally devoid of meaning and riding that cycle out with awareness brought us all to a place where we can now begin to understand what we’ve all just been thru, why, and where we are now headed…which will ultimately amount to the materialization of our most recent transformation: creating/learning/practicing new ways of relating and responding to life, devoid of karmic participation, as we bridge our once ‘spiritual world’ with the material.

It’s time now to experience a new/true physical expression of Self and so last month was akin to a grand finale moment for many, a last hurrah and final foray in separation…not just the finality of the year, or even the last 9 years…but of lifetime after lifetime of painful/limiting karmic and repetitious patterns.  And while that sounds super great on paper, the reality is that this cycle is/was not going out without a fight…

The equinox followed up by the recent (black) new moon in Libra has seen to it that we are/were all presented with a last minute sobering dose of truth…an inner-awakening of falsity that in some cases we had no idea we were upholding, and if we did, it wasn’t until now that we understood why.  In order to complete our sojourn in duality we are all being called in one way or another to rip off the bandaid covering our deepest wounds and own up to past choices that may have felt true at the time, but now require us to balance out the effects of our unconscious cause.

The amazing news is that any cold hard consequences that we were (long ago) misguided into be-lie-ving to be our truth, while razor sharp, have finally presented us with the opportunity for radical, permanent change.

For the remaining months of 2016 we will all be held to our new truth, asked repetitively to act on it…to make certain that we honor our heart & inner-authority over “outer/other” in order to carve out the new (neural) pathway bridging us to the new world/year.

The light at the end of the death/birth tunnel (eclipse portal) has called all those who are purged of density back Home and now that we are beyond September and can view it more objectively (?) we will begin to notice just how much dead weight we actually dropped.

We all know by now that to get thru the eye of the needle means no attachments to 3D, but what we found last month is that even the t-i-n-i-e-s-t little thoughts/feelings/actions that maintained a false sense of security have/had to be relinquished, given over for our greater good. In some cases we were even forced to let go of our attachments to letting go. In the best cases this meant finding a new outcome to our most painful past experiences….facing our fears with brand new perspectives in lieu of over-identification with our wounding.

The extent to which we were successful at this last month will see a radical shift in consciousness this month and onward as the phase of seeking lost parts of ourselves ends and the journey of living spontaneously, courageously, empowered As LOVE begins in earnest.

Where September may have felt like the (old) world was closing in on us, October will feel like a whole new world is opening up to us.