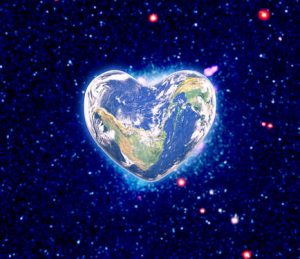 Yesterday, an awesome day to bang out work, actual linear abilities, with Gamma Rays supporting our LightBodies, with Timelines Converging === boom boom boom, which requires instant maneuvering – in step, in flow, shifting, moving, handling, adapting, re-arranging flights, schedules, entire realities/everything instantly, without “thinking”, to the “new current reality”, re-working everything to fully align “right now” and paying attention to what’s still/no-longer vibrationally aligned, after a week long integration and multi-timeline activation where everything goes into flux, shifts/moves/changes to move all into NEW REALITIES… easy if there’s no holding on, no trying to fit into old beliefs/mentalities/boxes….. Super productive, utilizing every ounce of energy until the body says “okay I’m done”, to integrate the magnitude of these barrages of Light Encodements into our physical 24/7 continually now….

Timelines: All over the place… use your holographic access to SEE all, so you can maneuver simultaneously as all becomes visible, assisting your physical matter reality synchronizing with uninterrupted ease….

As the 3D/4D realities dismantle, dissolve (collapse for human aspects still needing to open their heart fully to shift into a higher vibrational dimension/timeline/reality with their physical body, that held immense separation/density/unconscious programming, this never “looks” like anyone “thinks” or would ever “choose” on a human level, because it’s not supposed to. Comfort zones gone, ability to control gone, ability to hold on to unconscious anything…. gone……

Excuses, victim-hood, blaming, judgment, fears, inability to control…. all a part of what has to GO….. Projection are HIGH by the unconscious right now… and escalating as all gets shaken up in physical 3D/4D Realities….. as massive re-configuration/re-calibration/re-everything occurs. Observing the EXTREME DISTORTIONS of the human-ego-unconscious, having no clue they are unconscious, projecting their own distortions out… having no clue they are clearing their own programming, looking at “them out there”… Emotions high for many, deep suppression from years of “control” and “not wanting to see/own up to/feel/deal…. those days/options are GONE…..

SHIFTING DIMENSIONS/TIMELINES…. Vibrational realities look nothing like linear ones. Coping mechanisms, attachments to outcomes “lack/need/fixed” realities…. APPLYING EXPANDED CONSCIOUSNESS is necessary for these realities now… Opening your heart MORE, go deeeeeeeeeeep inside to your PUREST PLACE OF KNOWING, where your trust is so strong, where you are able to expand out sooooooooooooo far that the physical no longer has hold….. embracing your highest visions and perspectives and where called from inside… DO what you see, do what your own higher/inner guidance TELLS YOU TO DO, because it’s speaking to your own human aspect EGO… your other version of you… the one that seeks the EASY way, instead of doing the inner work, instead of showing up/coming through as your own Highest Aspect/Version/SELF you….

You are going to see lots of peeps “Fighting it out”…. which is a part of the Awakening Process for those dissolving their own Matrix Programming…. You are going to see Heightened Emotions, Rampant Fears, Massive Projecting… for all in a 3rd Dimension/4th Dimensional Timeline/Reality… working to clear THEIR OWN STUFF…. if you have an emotional anything, then this is yours too….. if you are involved, attached, affected… this is yours…. tooooooooo. We are in a massive COLLECTIVE AWAKENING, A GRAND AWAKENING ….. that shakes, rattles, shocks…. literally…. this is a very physical experience.

Physical Bodies need immense support as they work diligently/hard to wake up too, to become fully conscious too, to leave the 3rd/4th Dimension PHYSICALLY, in order to ASCEND to NEW EARTH and live in all new realities…. the density, the programming, embedded/buried deeeeeeeeeeeeeeeeeep in bones, teeth, muscles, blood, fluids, skin, flesh, heart, brain, organs… every cell of your body…. all has to be reworked, completely CLEANSE and PURIFY, BEYOND anything the human ego can comprehend…. it takes each being ready to ACCEPT and EMBRACE the “weirdness” of MULTI-DIMENSIONAL EXISTENCE… and that none of the OLD RULES apply anymore/here…… Your body won’t allow you to CONTROL or IGNORE it anymore…. waking up means YOUR Earthly BODY was deeeeeeeep asleep too….. Listen to it, honor it, as it speaks quietly, softly or loudly to you….. as to what it NEEDS, which is ALL OF YOUR SUPPORT, a ridiculous amount of sleep, nature and nurturing as it does what it’s HIGHEST INTELLIGENCE knows… as your LIGHTBODY ACTIVATES and that zapping, shocking, high voltage subtle (then stronger) energy moves through your body to seek out the unconscious dense programs to re-work/re-code/obliterate….

Your LightBody is of the highest intelligence and is rather extreme. It does not work like your old human body did, yet your human body will constantly have to “go offline”, shut down, reboot, assimilate these high frequency cosmic energies…. as it regenerates your physical body and you LEARN TO LIVE AS ENERGY….. LEARN TO UTILIZE THIS ENERGY, LEARN TO FUNCTION WITH THIS NEW BODY… as it tells your human aspect what to do.

These Cosmic Codes are no joke and the re-do your entire reality…. your physical body… your everything… for you/aligned with these ultra-mega-high-frequency 2222 (and many other codes). These knock you/the/our human on our butts, and take every ounce of energy we have to integrate/re-tune/clear and to elevate our body’s consciousness to walk in HEAVEN ON EARTH and Galactic Atmospheres….

Every experience, every moment, every exchange…. SHOWS YOU what dimension you are occupying with your physical body and consciousness too. The physical body basically “contorts”, so yes, pain is a part of this process. A lot of it for most all…. multi-dimensionality challenges every aspect of your human as those deep matrix programs break down inside of you, where they were held… deeper than you ever “thought” you were going to have to “go” to reach your WHOLE SOUL, your PURE SOUL, your HIGHEST most Divine Aspects of you… and when you “thought” you’d accomplished all, you’ll go deeper even more… trans-versing Cosmic Lineages, all “other dimensions”, galaxies…. to activate all of those aspect and clear all of the distortions held in the GRIDWORK of your own body…. for “those realities” are only “real” because you still hold those realities within you somewhere…. The purity of Each is what you will hold. The distortions have to be cleared… of every existence, every aspect, until/as each merges fully WITHIN YOU…. YOUR BODY WILL BLOW UP, shrink, expand, contract, re-wire itself, reconfigure every part of itself…. every organ, gland, system… continually UPGRADED through INTEGRATION of these IMMENSE COSMIC CODES…..

Your lymphatic system, nervous system, throat, brain, heart, lungs, organs, skin, spine, eyes, ears…. your human will be shocked at how much your body has to go through to accomplish this massive task… that you agreed to, you signed up for, you CREATED…. you chose… before choosing that body, choosing those physical realities as your PASSAGEWAY back to your own HIGHEST CONSCIOUSNESS EXISTENCE…

At first, the higher realms/other dimensions were “weird” and seemed bizarre…. yes as you embrace this “weird and bizarre”, you shift into a much higher vibrational dimension/timeline and the old 3D/4D becomes bizarre. The distortions are MIND-BLOWING… to observe unconscious programming play itself out… your choices now infinite as you get to CHOOSE the ACTUAL REALITIES you experience here… you get to tune, shift and release… on a Quantum Level… instantly all that is no longer aligned, all that cannot synchronize easily… you, as your highest aspect of you…. can say no…. not anymore… and go HIGHER and grab a whole new reality, a gazillion of them and ANCHOR THOSE INTO YOUR/THE PHYSICAL HERE…. yet only as you are ready, only as you are present, only as you step up and take command as your highest aspect and no longer shrink down, hide your light, dim your light, go unconscious (close your heart) again…..

Your Highest Dimensional Aspects (Realities) don’t care if your lower dimensional aspects (Ego) “likes” this or not. YOU have to learn to shift to BEcome your OWN HIGHEST ASPECTS and stay there…. to live from this ABSOLUTE HIGHEST PLACE from inside of you…. in every moment, every exchange…. and observe your lower/unconscious aspects as you clear this from inside of you…. so that your body can vibrate/oscillate at a different frequency to actually PHYSICALLY SHIFT DIMENSIONS FULLY…. otherwise it’s a fleeting moment, or just a day a week, because the rest of the time you are in a PASSAGEWAY, an INITIATION PROCESS of seeing what you will choose/believe/allow/be/do…. working out/through all of those programs that you still held inside of you…. and the passageway will be as long or short as you are linear or Quantum……

I love you…. Observe YOURSELF, observe YOUR REALITY, YOUR MINDSETS, YOUR PROJECTIONS, YOUR STORIES, YOUR EXCUSES, YOUR VIBRANCY, WHEN YOU STAND IN YOUR OWN POWER AS LOVE AND WHEN YOU DON’T…. and what is going on INSIDE OF YOU… because that’s where you do the shifting… so that the rest can align SIMPLY and EASILY… FOR YOU, in response to you…. as everything is here. ♥

We currently have high frequency winds singing, lifting and tuning our Plasma Crystalline Physical LightBodies and our Realities too…. we have StarGates synchronizing, which is a daily thing, powerfully, with the Grids all charging up for another powerful day of OUR NEW. ♫

We are running a multitude of timelines, very different dimensional realities for everyone… so don’t “assume” your reality is the same as everyone else’s or theirs is yours…. observe and realize that you are in YOUR TIMELINE… and others are in other parallels or alternate realities… SEE your entire reality multi-dimensionally in order to understand…. There is not one dimension…. or one timeline… there are infinite ones and we PHYSICALLY get to shift/change dimensions/timelines constantly now. ♥