BZ: The expected financial melt down and the Elite’s script laying the blame at Trumps feet.

America’s S&P500 and Dow Jones yesterday posted their biggest one day losses since October, falling by more than one per cent amid fears the bottom has fallen out of the so-called ‘Trump trade’.Large industrial and bank stocks werre among the biggest losers, which have seen some of the biggest gains since the outcome of the November elections

Panic spread to Asian markets and this morning filtered into the FTSE 100 and FTSE 250, with both stock measures tumbling by by around one per cent.

Experts are now warning this could be just the start of a looming market crash, that pops the equity bubble that has pushed stocks to record highs since Mr Trump was elected in November.

Investors were buoyed by expectations the President would axe taxes and embark on a huge spending programme that would give the US – and world -economy a huge boost. 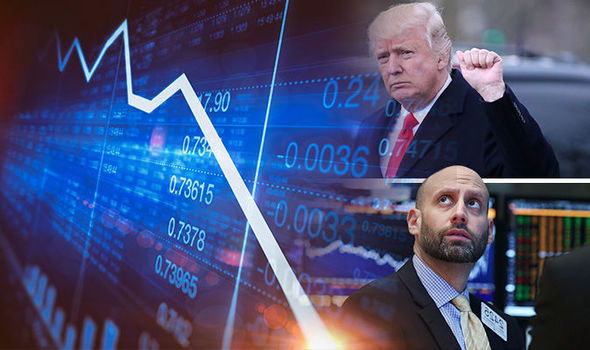 Is this the start of a stock market crash?

The FTSE 100 fell after stock sell-offs in the US 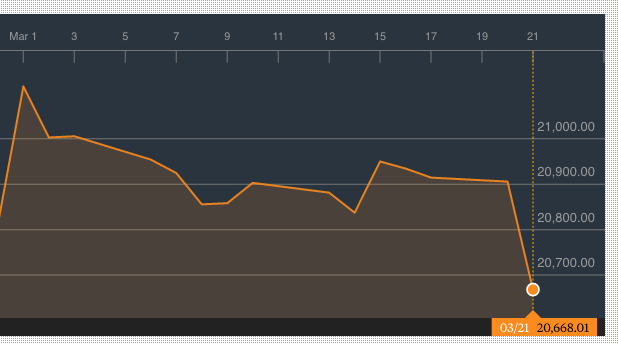 But now confidence in the US leader’s promises appears to be waning.Michael Hewson, chief market analyst at CMC Markets UK, said: “The question being asked is whether the scales are starting to fall away from investor’s eyes as to whether President Trump will be able to deliver anything close to what has been priced into markets since his election last November.

“Even the mistiest eyed optimist appears to be coming to the realisation that even on health care where there is some form of consensus, that reforms are likely to take a lot longer than realised and as such any other programs like tax and banking reform and infrastructure spending are likely to get pushed further out into the future.”

Kathleen Brooks, research director at City Index Direct warned of three signs that a larger stock sell-off could be coming.

She said: “In recent days the market is sending us some signals that could suggest a deeper pullback is on its way.”

First, the Dow Jones Transport Index is down more than seven per cent in the last three weeks, which is negative sign for broader US indices, according to Ms Brooks.

The FTSE 100 has reached record highs in recent weeks 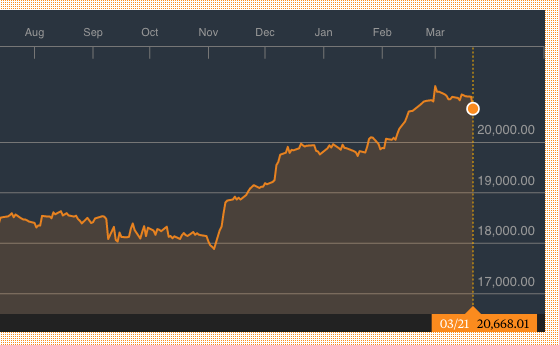 The Dow Jones has jumped since Donald Trump’s election

Second, US sovereign debt is being snapped up by investors, which suggests they are looking for safe havens from stocks and nervous of a fall in markets.

Furthermore, the so-called ‘fear index’ the Vix  has moved higher.

Ms Brooks said: “If it rises above 13.11 – the high from early February – this would be another bad omen for US stocks, as stocks tend to have a negative correlation with the Vix.”