Marine Le Pen: ‘New World Order’ Will Be Overthrown From Within By 2018

Marine Le Pen: ‘New World Order’ Will Be Overthrown From Within By 2018

by Sean Adl-Tabatabai, published on your news wire, on December 17, 2017 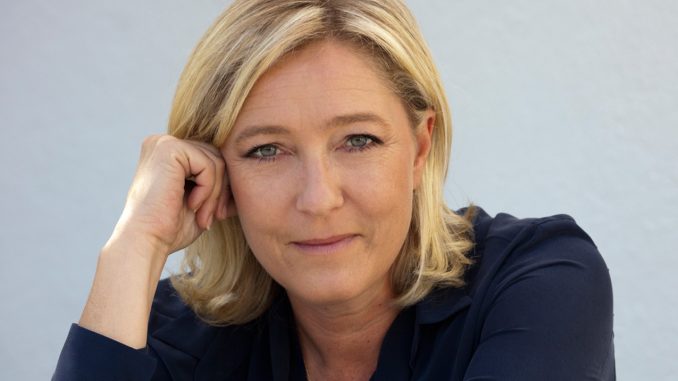 Marine Le Pen claims that the New World Order will be overthrown by rogue members within the organization by the year 2018.

The leader of France’s National Front Party said at a conference in Prague that globalist institutions such as the European Union will be overthrown from within “very soon.”

Sputniknews.com reports: Leader of right-wing France’s National Front party Marine Le Pen urged the European anti-immigration parties at the conference in Prague to “liberate the European nations from the chains of the European Union” and said that the bloc has entered a period of decline.

Earlier in the day, the conference of anti-immigration parties of Europe took place in the Czech capital and was attended by Le Pen, leader of the right-wing Dutch Party for Freedom (PVV) Geert Wilders, member of the EU parliament Lorenzo Fontana from Italy’s Lega Nord, among others.

At the same time, Tomio Okamura, the leader of the Czech Freedom and Direct Democracy party, noted that the future of Europe lies in the political and economic decentralization, while Brussels is currently trying to turn the continent into a “single totalitarian state.”

“We are interested in a close cooperation between the sovereign European countries on the basis of mutual benefit and we reject the dictate of the current supranational structure that parasites on the unification of the European nations,” Okamura said.