by Jon Rappoport, published on No More Fake News, on December 27, 2016 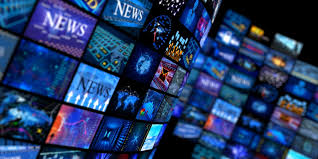 Here I want to comment on one of the most devious forms of MSM fake news: the limited hangout.

When necessary, news outlets will do a PARTIAL EXPOSURE of a hidden crime. The assumption is, once the story is published and broadcast, everyone will shake their heads and say, “That’s terrible,” and move on. The whole thing will be forgotten in a matter of days, as if the whole truth has been revealed. Limited hangout.

From media’s point of view, a limited hangout means: “We won’t do any further digging. We’ll shut down further investigation.” Vital questions won’t be asked:

Why did the criminals do what they did? Why are they still at large? Who is refusing to press charges and make arrests? What deeper crimes are still secret?

The mainstream press could set their hounds loose and build a story into a huge wave. Over time, they could bring hidden players out into the open and expose them and wring confessions out of them. They could get some of these players to roll over and point to higher-level criminals. The story could achieve tsunami status, at which point the government would have to make arrests and lay on trials in open courtrooms.

But that doesn’t happen. Limited hangout rules the day.

I’m going to present a story about a crime now. It’s big. Very big. It was covered, to a degree, by the mainstream press. The coverage seemed to be significant. But it was a limited hangout.

As you read on, imagine what might have happened if the press had decided to go in with guns blazing and investigate all the way, over a period of months, releasing new revelations as they discovered them. Imagine the repercussions. Imagine the public outcry. Instead of a limited hangout, we would have seen…well, I’ll leave it to you to fill in the blanks.

In 1975, the US signed on to an international treaty banning the production, use, and stockpiling of biological weapons. Ditto for chemical weapons, in 1993. Another treaty.

Here’s a quote from the Washington Post (9/4/13, “When the US looked the other way on chemical weapons”): “…The administrations of Ronald Reagan and George H.W. Bush authorized the sale to Iraq of numerous items…including poisonous chemicals and deadly biological viruses, such as anthrax and bubonic plague…”

Between 1985 and 1989, a US 501C3 firm, American Type Culture Collection, sent Iraq up to 70 shipments of various biowar agents, including 21 strains of anthrax.

Between 1984 and 1989, the CDC (Centers for Disease Control!) sent Iraq at least 80 different biowar agents, including botulinum toxoid, dengue virus, and West Nile antigen and antibody.

This information on the American Type Culture Collection and the CDC comes from a report, “Iraq’s Biological Weapons Program,” prepared by the James Martin Center for Nonproliferation Studies (CNS).

Then we have a comprehensive article by William Blum (one of the good investigators in this whole story) in the April 1998 Progressive called “Anthrax for Export.” Blum cites a 1994 Senate report confirming that, in this 1985-1989 time period, US shipments of anthrax and other biowar agents to Iraq were licensed by…drum roll, cymbal crash…the US Dept. of Commerce.

Blum quotes from the Senate report: “These biological materials were not attenuated or weakened and were capable of reproduction. It was later learned that these microorganisms exported by the United States were identical to those the United Nations inspectors found and removed from the Iraqi biological warfare program.”

This 1994 Senate report also indicates that the US exported to Iraq the precursors for chemwar agents, actual plans for chemical and biowar production facilities, and chemical-warhead filling equipment. The exports continued until at least November 28, 1989.

Blum also points out that a 1994 Pentagon report dismissed any connection between all these biowar agents and Gulf War Illness. But the researcher who headed up that study, Joshua Lederberg, was actually a director of the US firm that had provided the most biowar material to Iraq in the 1980s: the American Type Culture Collection.

Now, as to other US companies which dealt biowar or chemwar agents to Iraq—all such sales having been approved by the US government—the names of these companies are contained in records of the 1992 Senate hearings, “United States Export Policy Toward Iraq Prior to Iraq’s Invasion of Kuwait,” Senate Report 102-996, Senate Committee on Banking Housing and Urban Affairs, 102d Congress, Second Session (October 27, 1992):

There are about a dozen more.

This also from the Blum article: “A larger number of American firms supplied Iraq with the specialized computers, lasers, testing and analyzing equipment, and other instruments and hardware vital to the manufacture of nuclear weapons, missiles, and delivery systems. Computers, in particular, play a key role in nuclear weapons development. Advanced computers make it feasible to avoid carrying out nuclear test explosions, thus preserving the program’s secrecy. The 1992 Senate hearings implicated [Hewlett Packard, Palo Alto, CA — among others].”

Hewlett Packard said that the recipient of its shipments, Saad 16, was some sort of school in Iraq. But in 1990, the Wall St. Journal stated that Saad 16 was a “heavily fortified, state-of-the-art [Iraqi] complex for aircraft construction, missile design, and, almost certainly, nuclear-weapons research.”

If you review and think about all these WMD shipments from the US to Iraq, you understand there were many US officials and corporate employees who knew about them. Knew about them then, in the 1980s, and knew about them later, during 2 US wars in Iraq, when American soldiers were sent to Iraq, and could have been exposed to the bio/chem weapons.

And these officials and employees said nothing.

—Now imagine the NY Times and the Washington Post releasing their hounds to dig deeper into this boggling story. Interviews with the players. Investigations into the role of the CDC. The cover-ups. After a year of relentless probing and publishing, this would have built into an unstoppable tidal wave. The whole country (and the world) would have been agog. Prosecutions would have followed.

But it didn’t happen.

Instead, the story dissolved and went away.

The history that could have been made…

This is fake news at its finest; by omission. By limited hangout.