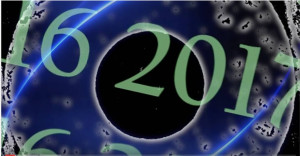 As you move from your 2016 year into your 2017 year, using one metaphoric model of universal geometry, you hit or merge with a ‘ring’ if you will. A ring that makes up a spiral in its overall presentation. The previous ring was the 2012 into 2013 move… these shifts from one year to another at the point you refer to as “New Year” are Nexus points.