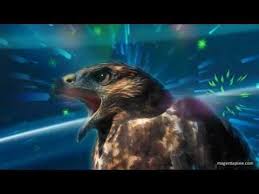 Who are the Winged Starseeds? Who are the Bird Tribes? The Starseeds through mapping or incarnation carry the codes from multiple realities, worlds and timelines holding the very keys to consciousness itself within their DNA. 2017, year of the Phoenix Rising. The Magikal Phoenix of transformation and change rises once again, regenerated, reborn and renewed as you step into the awareness of the Bird Tribes.