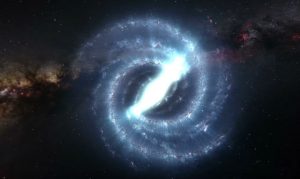 The Lyrans are Feline BEings from the Vega star system, where the original experiments for creating a Divine HUman DNA template began. They have been a consistent part of my journey, and were the first to show me interdimensional stargates. Sometimes they are referred to as white lion BEings, since they have white hair and have a very regal lion-like appearance. Two pairs of Lyrans presented while doing Gatework on Mount Shasta; two female and two male.

They offered a blessing and Divine HUman DNA activation for this transformational passage. After I recorded this, I heard choirs of them singing these tones and words when I went to bed – all night long. My cells quivered with the harmonics, and I felt a deep sense of peace, unity and unconditional love. They asked to begin with Lightship tones; the sounds we hear when the ships and beings are near. They work closely with the Sirians, and I feel the language reflects that influence.

Light language is not translatable word-by word, in my experience it is tones, sensations or geometry interpreted by the conduit to convey messages, activations, or intentions. ET contacts speak telepathically, and yet this language has flowed through us for decades. It seems to be shifting, taking on a new level with the presence of Source codes. These harmonics are a crystalline bridge of their own kind. This message contains codes of balance for this powerful phase, embodiment and DNA restoration.

The Lyrans remind us to practice toning and harmonics, in order to remember how to alter form with our pure intent and voices. The skill of moving, building, creating reality through sound is returning to us. Hopefully this transmission captures the harmony which many of us have with this kind of contact. Download the FREE mp3 at http://www.sandrawalter.com/lyran-lig…