LOVE Prevails: enter the world of Heart
Lauren C. Gorgo, published on Think with Your Hear, on June 29, 2017 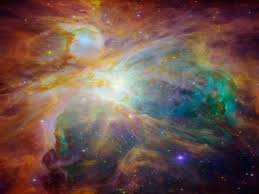 the leading Force of creation

We crossed a MAJOR threshold on this planet and (finally) tipped the scales in favor of uni-versal LOVE.

In the new report I talk about the cosmic Goddess rising from the underworld to take her proper place and position as the leading Force of creation and what that means for those heading the new Heart-parade.

Happy summer (!)…winter to those down south..and good heavens (literally) what. a. season. awaits. Confounding to think that we are already entering the second half of the year…it feels like forever and yet a night since we entered this universal 1 vibration, and now here we are, mid-pivot thru another major turning point, another grand completion.