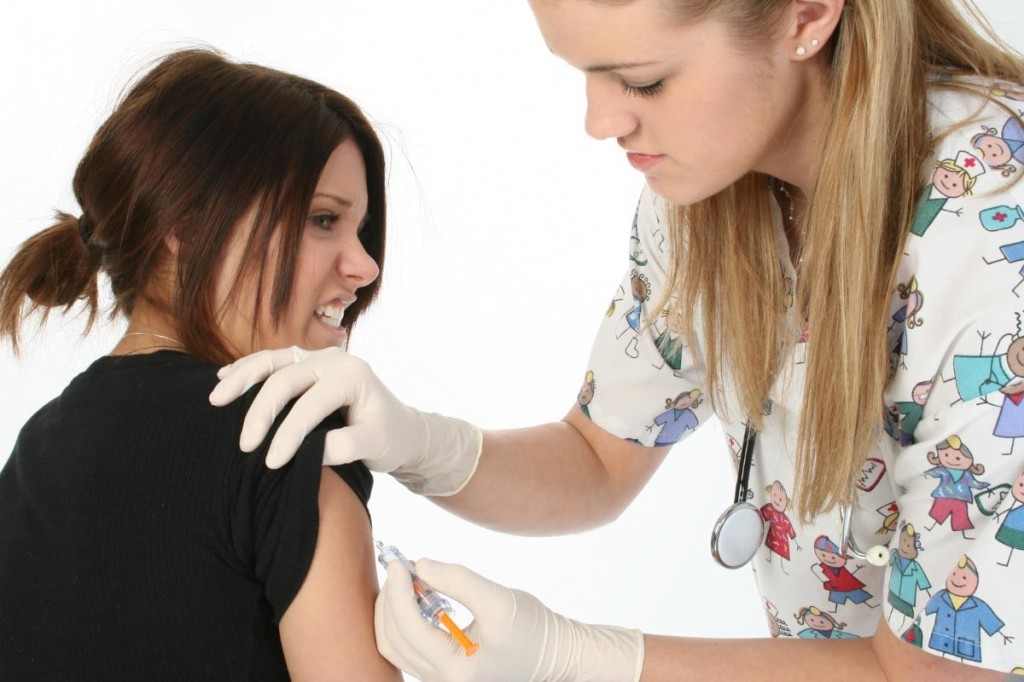 (NaturalNews) The US healthcare “safety net,” according to the liberal, lying mass media, is under attack and about to be dismantled. Obamacare, on most fronts, is a complete failure and has spiked people’s premiums to unaffordable heights, only to worsen in 2017. President-elect Trump vows to repeal and replace the “Affordable Care Act” for several reasons, some that go beyond what is allowed to be discussed on television or even in the newspapers. One of the main problems with Obamacare is that it forces Americans to buy coverage, and even medical services that don’t work and that millions do not even believe in–namely vaccinations. California is one state that already force-medicates all children with dozens of injections of mercury and formaldehyde, or else threatens to keep them out of school, public and private.

Tens of millions of Americans feared this would be the “norm” – a virtual medical police state across the country – had “Hitlery” Clinton won the White House; however, that not being the case, in about six weeks the “Trump Effect” begins, and his choice for the position of Secretary of Health and Human Services has some doubts about vaccine safety himself, and righteously so.

Tom Price is an orthopedic surgeon and Congressman from Georgia who belongs to a medical organization called the Association of American Physicians and Surgeons (AAPS). AAPS rejects certain “scientific consensus” about sweeping generalizations that are made in the medical community about such topics as vaccines. There seems to be, in America,  a fake “consensus” that all vaccines, including flu shots, are 100% safe and 100% effective, and that no doctors, scientists, or even injured patients should ever question this absurd rhetoric. Whatever happened to relying on scientific evidence, right?

Members of AAPS are known to speak out in opposition to the academicians and officials who deny any chance of a link between vaccines and autism, and vaccines and neurological disorders, for starters. It’s not an “all or nothing” argument either, as many vaccine fanatics would have us all believe, it’s more of a matter of personalized medicine, just the same that is practiced in virtually all other areas of medicine today. Why should vaccines be any different?

Dr. Tom Price and AAPS are opposed to “one size fits all” medicine

Consider this: the US government doesn’t round up all the children and force them to take psych meds or chemotherapy, or force all teens to get their wisdom teeth removed, or all women to have double mastectomy to preempt breast cancer, so why round up children for forced vaccination?

Who else remembers the 2007 Maryland vaccine “cattle-style” roundup of children? AAPS condemned the “vaccine roundup” that was executed in Prince George county in Maryland–a power play that completely obliterated parental rights and informed consent, as laid out in the American Medical Association’s very own code of ethics. AAPS is one of just a handful of national physician groups that refuses corporate funding from pharmaceutical companies, so that they can’t be “leaned on” in times like these. It was like a cattle round-up (herding of children) with the state wielding syringes, while attorneys issued summons to more than 1600 parents of children who didn’t provide immunization certificates. Parents were to subject their children to on-the-spot state-mandated vaccines of 17 doses or face jail time.

All this at a time when autism cases have jumped from 1 in 10,000 children 20 years ago to 1 in 50 kids today. Donald Trump has stated that too many vaccines too close together could be the culprit. This is part of the reason he has appointed Dr. Tom Price to steer the US “health ship” in the right direction.

A common-sense, patient-centered health policy about to take effect in America – despite media propaganda about Trump

The mass media in America is not a “free press” but a propaganda arm of medical and pharmaceutical predators who wanted nothing more than to enforce Obamacare on all the healthy people of this nation in order to fund the whole chemical-medical Ponzi scheme that’s ironically failing miserably. Certain media trolls are now criticizing Trump’s HHS Secretary choice and AAPS, but these critics leave much to be desired in the form of anything credible. One such huckster uses the name “ORAC” to disguise his real identity, which is a breast cancer surgeon who has horrific patient reviews online. His real name is David Gorski. Gorski calls AAPS supporters of “anti-vaccine mercury militia scientists” just because they question the safety of using mercury (thimerosal) in vaccines.

NYMAG.com writer Jesse Singal cites Gorski’s criticisms of Tom Price’s choices and Singal himself comments that the AAPS isn’t any kind of group you join if you “have any faith in government” – but then again, who’s heeding the “warnings” from Dr. David Gorski, who runs his own quack cancer surgery “business” and ponzi scheme from the dark barbaric quarters of the Karmanos Cancer Institute in Detroit? Gorski is the same psycho-blogger who writes 20,000-word rants on medical boards to terrorize anyone who questions the dangers of injecting mercury, aluminum, MSG and formaldehyde into infants and children (nearly all vaccines contain these).

Vaccine industry front man, spokesperson and ultimate vaccine apologist for the blogosphere, David H. Gorski, a.k.a. (pen name) ORAC, leads the pack in his efforts to obscure the vaccine-autism connection, promoting mercury in vaccines and calling everybody a skeptic who doesn’t bow down to chemical medicine. Gorski has been accused (Published May of 2012 by the “Refusers”) of fraudulently impersonating disease-injured families and making insane comments on message boards and vaccine freedom websites like Age of Autism, Mothering Magazine and even on Amazon forums. This is called pro-vax trolling and it’s an abomination.

On July 10th, 2015, another Detroit area oncologist (and Gorski’s hero), Farid Fata, M.D., was sentenced to 45 years in prison for administering chemotherapy on healthy patients, some of whom died, and for defrauding Medicare and private insurance companies to the tune of $34 million in filed claims.

Bottom line? Be mindful what sources you use to verify credibility regarding the “Trump” effect, because if it’s mainstream media, you can count on lies, lies, and more lies.