‘Lock Her Up’: Hillary Clinton Is Facing Three Investigations, Could Be Part Of A Fourth

‘Lock Her Up’: Hillary Clinton Is Facing Three Investigations, Could Be Part Of A Fourth

ByRyan Saavedra, published on The Daily Wire, on January 5, 2018

BZ: This contains many dots that link to the EO #13818, and the very broad scope of what “trafficking”, “corruption”, directly, indirectly… encompass in every sector/segment/system/facet of “reality”. Awareness of what was actually contained in the false matrix is necessary to integrate all of it and for expansion of consciousness to flow to all. The title is one of constriction, which is another segment/sentiment that is essential to integrate, for expansion and ascension in physical to take place rather than Descension! 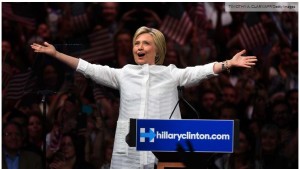 Hillary Clinton could be in for a rough 2018. The former Obama-era Secretary of State is facing three investigations and could be part of a fourth investigation, all of which the Clintons insist is nothing more than a manufactured attempt by “Trump” and “Fox News” to divert attention from special counsel Robert Mueller’s Russia election probe.

Below are the investigations that Clinton is facing, or could face in the near future:

The Hill reported on Thursday that the FBI has launched a new investigation into the Clinton Foundation which focuses on whether the Clinton’s engaged in any pay-to-play politics or other illegal activities during Clinton’s time as Secretary of State in the Obama administration.

2. Clinton’s Use Of A Private Email Server

On Thursday, The Hill published a report from John Solomon which featured former FBI Director James Comey’s original draft on the investigation into Clinton’s use of a private email server. The draft showed that the term “gross negligence” was used multiple times and specifically said that there was evidence to conclude that Clinton committed a felony. Anti-Trump FBI agent Peter Strzok, who texted about having an “insurance policy” against Trump’s election, softened the language in Comey’s draft so Clinton could avoid possible criminal charges.

A senior law enforcement official told Solomon that the DOJ “was exploring whether any issues from that probe should be re-opened but cautioned the effort was not at the stage of a full investigation.”

Attorney General Jeff Sessions ordered federal prosecutors at the DOJ in December to begin interviewing FBI agents about the evidence they collected during a criminal investigation into the controversial Uranium One deal, which directly involved the Clintons.

There are multiple aspects at play in this investigation, from the Obama administration threatening a witness to stay quiet because they did not want him testifying to Congress because it would impact the 2016 presidential election, to the Russian officials who were engaged in bribery, kickbacks, extortion, and money laundering directly connected to the Uranium One deal.

In December, Politico published a bombshell report about how the Obama administration ended a massive federal investigation, dubbed “Project Cassandra,” into the Iranian-backed terrorist organization Hezbollah. The Obama administration’s decision to sabotage the investigation so it could secure the Iran nuclear deal allowed Hezbollah to traffic hundreds of millions of dollars worth of cocaine into the United States and allowed them to operate “the largest material support scheme for terrorism operations the world had ever seen.”

Politico reported, “Further complicating the picture was the role of the State Department, which often wanted to quash both law-enforcement actions and covert operations due to the political backlash they created.”

3 Comments to “ ‘Lock Her Up’: Hillary Clinton Is Facing Three Investigations, Could Be Part Of A Fourth”