Lloyd Pye – Everything You Know Is Wrong

Lloyd Pye – Everything You Know Is Wrong

published on The Mind Unleashed 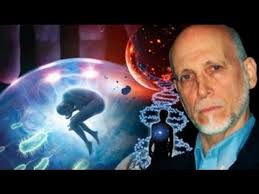 This is a strongly recommended presentation by Lloyd Pye on our origins and enslavement as a species.

Lloyd Pye, 1946-2013 was a researcher and author known for his work with the Starchild Skull and Intervention Theory. Lloyd began writing in 1975, then became a screenwriter in Hollywood in the 1980s. In 1995, he found his passion writing nonfiction in Alternative Knowledge.”

“Alternative Knowledge” is information rooted in mainstream science, but in areas normally kept from public discussion because they cast doubt on the currently accepted paradigms and dogmas of the mainstream.

Lloyd’s fields of expertise include Intervention Theory, the origins of life, of human life, of alien reality, of hominoid (bigfoot, yeti, etc.) reality, which makes him a dynamic platform speaker in about Alternative Knowledge.

This lecture points out many of the discrepancies with the “mainstream version” of history that we find currently in our textbooks. He talks about topics regarding the “missing link”, the Annunaki, Ancient Advanced Civilizations, and Nibiru.

Why is this type of information routinely suppressed from the public? Is it to keep us in a state of “consumer” consciousness and never searching for any real answers?