Living With the Lies 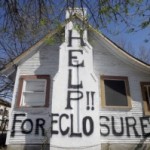 Living With the Lies

by Neil Garfield, published on September 9, 2015

People ask me constantly why I named this blog livinglies. There are lots of reasons. Below is a list of 25 lies we live with. The first sentence is the lie and what follows is a short statement that shows it to be a lie.

1. Certificates issued by REMIC Trusts are mortgage backed securities.// If the Trust was never funded and never operated and never paid for the loans, there are no loans in the trust and there is no pool of mortgage loans. Hence the certificates are neither securities nor mortgage-backed.

3. Trustees named in the PSA own the mortgage loans on behalf of the Trust. //If the Trust never purchased the loans, then the Trustee owns nothing.

5. The cutoff period in the PSA and the REMIC statute doesn’t matter. //If the PSA and the statute, which is incorporated into the PSA, both specify that the Trust is open for business for only 90 days in order to qualify as a pass-through entity, and state law provides that any action contrary to the provisions of the Trust instrument are void (not voidable) then the cutoff period ends the period in which loans can be added to the trust. If no loans made it in, the trust never became active.

6. Funding the the original loan doesn’t matter.// If a company lends no money, it can’t be considered a lender and it isn’t the owner of the loan.

8. Endorsement of defective notes cures the defect.// If the note is not enforceable then endorsing it does nothing more than convey the rights of the the endorser. There is no cure.

9. Withholding the identity of the creditor is legal. //See Truth in Lending Act and state laws governing deceptive lending practices.

10. Modification with a company falsely claiming it has servicing authority creates a valid contract curing all defects before the modification. //If the company is not a servicer because the loan never made it into the trust, then it has no more authority to modify than to collect or enforce.

11. The Truth in Lending Act is irrelevant.// It is the law of the land. Judges who ignore it are not following the law.

12. Disclosures are a technicality. //Congress passed TILA to assure that borrowers know the identity of their creditor and the terms of the deal in plain language. If borrowers knew all about the undisclosed compensation and profits arising from their signature on the loan documents they would have had an opportunity to realize or investigate other options without intermediaries who were collecting fees and profits sometimes in excess of the principal amount of the loan.

15. A wrongful rescission is void even though it was mailed. //Justice Scalia says there is no distinction between disputed and undisputed rescissions — they are all effective when mailed. See Jesinoski.

16. Rescission requires tender of property or money. //Under TILA no claim for money or property can be made by the creditor until AFTER the creditor/lender has complied with ALL three duties required under TILA: (1) return of the canceled note (2) release and termination of encumbrance (mortgage or deed of trust) and (3) payment of all money paid by borrower all the way back to inception of the “loan” PLUS any money paid as compensation for the origination of the loan to any party, whether disclosed or not. Then the creditor could demand payment, less any finance charges.

17. “Holders” of a promissory note do not need to prove or answer questions about the underlying transactions upon which they rely to enforce the alleged debt. //Only holders in due course who have purchased a loan for value, in good faith and without knowledge of borrower’s defenses can enforce the paper even though the underlying transactions were fraudulently represented. Regardless of whether the party is a holder or holder in due course, both are subject to discovery tot est the sufficiency of their assertion of holder or HDC status.

19. The boarding process is adequate assurance that the information obtained from prior “servicers” is accurate.// Experience shows that the new “servicer” knows nothing and does nothing about errors in the records kept by prior “servicers.”

20. Robo-witnesses know what they are talking about.// Upon cross examination it is obvious that in nearly all cases the witness has merely memorized a script and neither knows nor cares about the accuracy of the information on the report he is testifying are business records.

21. Business records come from the business of the “servicer”. //In actuality the records referred to as business records come off of an independent IT system maintained by an outside company like Black Knight,f/k/a LPS f/k/a Lender Processing Services — ONLY in cases where the loan is subject to false claims of securitization (see above).

22. Mortgage Electronic Registration Systems (MERS) maintains accurate records of transactions involving each mortgage.// MERS is an IT platform with thousands of different companies having access to make changes int eh system, get themselves appointed as officers of companies for the purpose of fabricating assignments without any underlying transactions. MERS expressly waives any claim for the debt, note or mortgage on its website. It is a sham nominee.

23. A MERS assignment is valid.// Since MERS never handles money in the transactions involving any loan, it impossible for it to be the owner of anything. It disclaims such ownership publicly on its website. An assignment from such an entity is the same as an assignment from a cartoon character — a fictitious entity. MERS does not meet the elements of a beneficiary on a deed of trust or a mortgagee under a mortgage. It is never the holder of note, much less a holder in due course, and is never the owner of the debt.

24. Lawyers representing the alleged servicers, trustees, and trusts are suborning perjury when they put on a witness that in actuality is a trained robo-witness. //Unless the lawyer actually knows something as a confirmed fact, he or she is merely doing their job when they put on witness who might be lying. Better to concentrate on the witness rather than the lawyer. EXCEPTION: Where fabrication of documents took place within the lawyers’ offices or at their direction, then preferring such documents as evidence would be suborning perjury in my opinion.

25. The Judges are biased and corrupt. //Everyone possesses biases. That doesn’t mean they can’t judge fairly. It has taken a long time to educate judges about the truth of lending in the mortgage crisis. How long did it take you to understand some of the important fine points of finance as applied to residential mortgage loans?