Friday’s Blood Moon: The Longest Lunar Eclipse of the Century

By Jane Gray, published on The Epoch Times, on July 26, 2018
For those who can’t see it first-hand, the eclipse will be live-streamed online on channels such as Time and Date and the Virtual Telescope Project.

The moon will transform into a blood red hue this Friday night, July 27, during the longest lunar eclipse of the 21st century.

People around the world, except in North America, will be able to catch at least some of the celestial sight. On the same day, Mars will appear at its brightest directly below the moon.

The moon will be eclipsed by the earth for one hour and 43 minutes, lasting 26 minutes longer than the last total lunar eclipse in January. 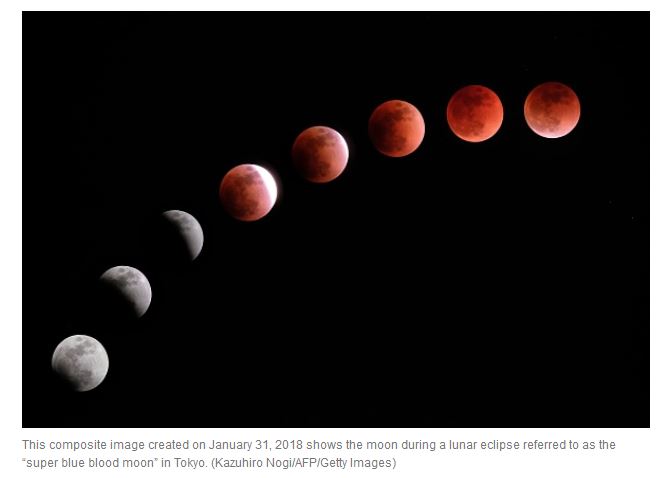 What is a Blood Moon?

Traditionally, astronomers don’t use the term, but ‘blood moon’ has come to refer to the deep red hue of the moon during a total eclipse.

When the moon moves into the conical shaped shadow of the earth, it goes from being illuminated by the sun to being dark. Some light, though, will still reach the moon because it is bent by the earth’s atmosphere.

“If you were standing on the moon in this eclipse, you would see the sun and then the earth would come in the way and blot out the sun,” said Fabian. “The rim of the earth would be glowing because light is being scattered by the earth’s atmosphere.” 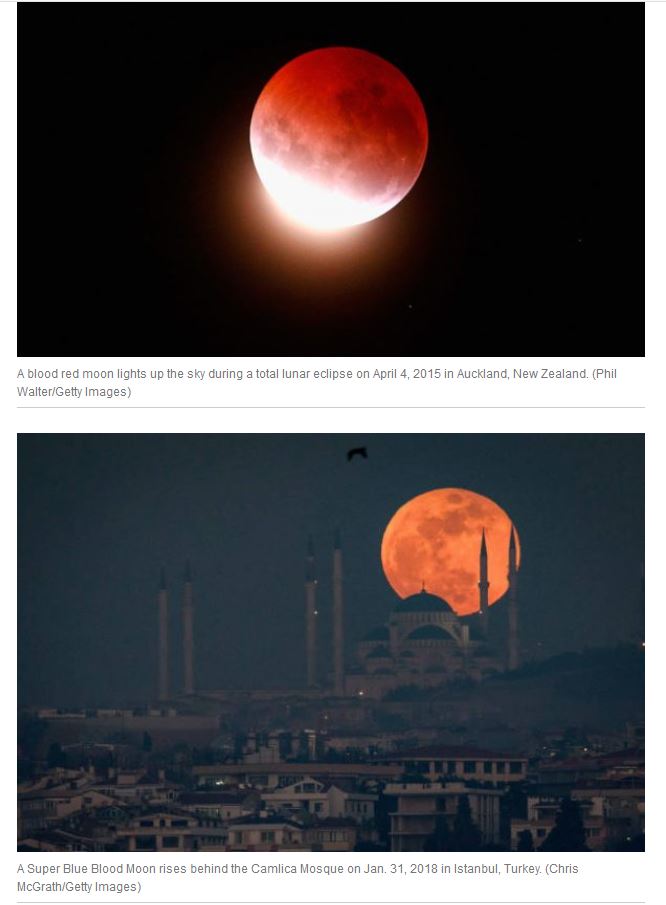 When can you see it?

The blood moon will be visible in Australia, Asia, Africa, Europe, and South America, as long as the skies are clear. A partial eclipse will proceed and follow the total eclipse.

A useful tool to find out local times of the eclipse in your region is the interactive map by TimeandDate.com.

For those missing out on this celestial event, the next total lunar eclipse will be on Jan. 19, 2019. This one will be visible across the United States.

Reuters contributed to this report.