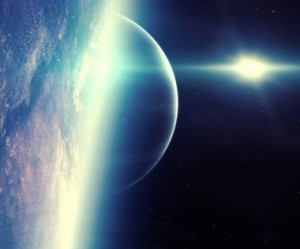 The past no longer serves as an influence for the vocational Calling of LightWorkers/Light-Beings.

Something else has taken its place. Something so vast in scope and infinite in essence is impressing itself into consciousness and physical matter. Something that bestows the felt sense that the once impossible is now more than possible.

A new and overriding Supra Luminous Intelligence has recently stepped forward as an active influence for the Earth, permeating a newly activated evolutionary (heart) Grid, (replacing the old paradigm mental matrix), which itself is activating dormant levels within the heart, psyche and consciousness of the Individual, the Collective and the Planet.

An influence that has not the past or future as its focus, for it is beyond and remains outside of any concept of ‘time’. A timely influence that is here to anchor ‘Existence’, ‘Oneness’ and ‘Unified Consciousness’ as a reality.

A Chasm of Light has opened up on Earth – a LightQuake has spread across the planet.

This phenomenon has occurred so whatever no longer serves the ‘highest good’ will fall into the Chasm of Light, which will also push to the surface of consciousness (from its brilliant depths) that which is needed to activate dormant levels of the superconscious in both the individual and the Collective, in service of transmutation and transformation.

Just as an Earthquake can trigger tsunamis, so too can a LightQuake, and tsunami waves of Light are crashing into consciousness, the psyche, light-body, heart and physical body.

If you find yourself experiencing radical thoughts, insights and feelings or are faced with radical choices which, if acted upon, could lead to life transforming events, if you notice that once solid and firmly set elements of your life are unexpectedly and ‘inadvertently’ falling apart, breaking down, or dissolving, never to be made concrete again, then you are experiencing the LightQuake impacting you, dissolving anything that no longer serves your highest good, or resonates with your higher vibrating energy.

Holding on to the ‘old’ ways/structures or resisting necessary and evolutionary changes will set in motion a repetitive cycle of one step forward, two steps back. In other words, no progress will be made. A ‘hamster in a wheel’ analogy illustrates this point well.

Surrender, let go, allow and accept all and any necessary and life-serving changes.

Centre yourself in gratitude and openly receive the evolutionary opportunities for transformation that are the gift of this tsunami of Light, triggered by the LightQuake, which itself is the result of the Chasm of Light that has opened up on Earth.

2 Comments to “ Lightquake on Earth”