Letter from EcoTruth Seattle to Seattle Utilities on “Smart Meters” 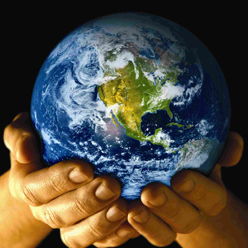 This open letter, written on behalf of Ecotruth Seattle, is addressed to the CEOs of Puget Sound Energy, Seattle City Light and Seattle Public Utilities, with courtesy copies to the City Council/Mayor of Seattle. Supported by evidentiary weblinks, it enumerates our grave concerns about the planned imminent rollout of “smart meters” in Seattle without informed consent derived from due public process and from local media of integrity, both mainstream and alternative, that thoroughly report on emergent news stories such as this one. — REC

Letter from EcoTruth Seattle to Seattle Utilities on “Smart Meters”

Re: Planned Imminent Roll-Out of “Smart Meters” in Seattle

I am writing today on behalf of EcoTruth Seattle to urge you to halt the installation of so-called “smart meters” to Seattle’s homes and businesses as part of the City of Seattle’s Climate Action Plan. The inclusion of “smart meters” implementation as part of this plan does not truly forward an environmental agenda. Not only do these meters fail to save energy, but they introduce a host of new problems for people’s health, privacy, environment and even the integrity of built structures, which are molecularly damaged by the constant intense bursts of microwave radiation emitted by these devices. As such, their implementation would bring many negative effects, while failing to fulfill a positive function.

1) “Smart meters” are obsolete and do not save energy.

First, please consider the growing number of analyses which are finding this smart meter technology to be obsolete, useless in reducing the usage of non-renewable energy, and negative for taxpayers and economic growth. The following article summarizes the National Institute for Science, Law and Public Policy (NISLAPP) article titled “Getting Smarter About the Smart Grid,” for example. Please read the “Key Summary Points of ‘Getting Smarter About the Smart Grid'” section for a breakdown of who benefits from these meters, which residents could accurately view as a scam.  http://articles.mercola.com/sites/articles/archive/2012/12/05/smart-utility-meters.aspx

2) Building damage/fires have occurred from the placement of smart meters.

Second, the microwave radiation emitted by these devices causes “molecular earthquakes” for materials which are nearby, leading to early breakdown of buildings and other structures. Insurance companies are now becoming aware of this damage, which means that the companies and municipalities responsible for the installation of such devices may be held liable by insurers for resulting structural damage. This liability, as well as damage from the occasional building files caused by “smart meters”, could result in serious financial consequences for the City of Seattle, your utility corporations and other responsible parties.
http://aircrap.org/smart-meters-cause-molecular-earthquakes-in-buildings-states-canadian-chief-science-officer-curtis-bennett/337492/

3) “Smart meters” endanger privacy, revealing who is present in homes/workplaces, and their activities.

Third, these devices collect and transmit information which is not needed for the purported purpose of the smart grid, and which amounts to constant home surveillance for Seattle residents/workers. The information collected can be used to determine who is present in a given place, exactly when they are there, and what they are doing. This information would be available, not only to utility companies, but also could be sold to other institutions/individuals, adding to the plethora of information being collected on every person by the US intelligence agencies, and would be vulnerable to unauthorized access. Both the American Civil Liberties Union (ACLU) and the Electronic Frontier Foundation (EFF) have raised serious concerns about the privacy implications of these devices. This interview with EFF Senior Staff Attorney Lee Tien gives an overview of these problems, and there are many other such articles if you in performing due diligence seek further information.

http://stopsmartmeters.org/2010/09/22/interview-with-eff-how-smart-meters-violate-our-right-to-privacy/
4)”Smart meters” will cause morbidity and mortality in Seattle residents.

And last, as if the rest wasn’t enough, they have been found to violate already high FCC limits for human exposure to microwave radiation, exposing those nearby to the intensified electromagnetic radiation of 100 cellphones 24/7. To us, this is the worst problem with the devices, as they pose an immediate health threat to approximately 10% of the population of Seattle, approximately 62,000 people, who are electrosensitive. And if these devices are implemented citywide, no one will be unable to avoid the microwave exposure that they create, even to those residents who choose to opt out without paying an exorbitant fee, a possibility that has not even been officially discussed by either Seattle utilities or the City of Seattle.

“Smart meter” implementation plans should therefore be halted immediately, simply on the grounds that it would make the entire city of Seattle inaccessible to people who are disabled by electromagnetic hypersensitivity, while creating thousands more people with this disability.

While these numbers represent the people who have already found that they have acute adverse health effects from exposure to microwave radiation levels in consumer technology, the simple fact is that microwave radiation affects all people, whether or not they are aware of it. Pacific Gas & Electric (PG&E) of California has now admitted that these devices pulse tens of thousands of times during a 24-hour period, and the wide range of negative health effects for pulsed microwave radiation includes increased rates of cancers, increased blood-brain barrier permeability, DNA damage, cellular malfunction, and other effects. There are already a number of court cases being brought against cities (and won) for damage to health or wrongful death caused by the implementation of these devices in other states.

http://www.powerwatch.org.uk/science/studies.asp, as well as this video bulletin about the fact that the Italian government has recently banned “smart meters” outright, while the British government has recently declared an indefinite moratorium on them because of the number of serious contraindications that parliamentary investigators have uncovered. Significantly, these important news stories have been completely censored by the corporate-controlled US mainstream news media, including allegedly alternative liberal left gatekeepers like Democracy Now! and National Public Radio as well as all local Seattle news media, both corporate and alleged alternative:

We strongly urge that you and your staff in performing due diligence research the damage that these devices will cause and that you then will act as soon as possible to halt all plans for their implementation. This is an ill-conceived faux-environmental initiative with many serious negative consequences for the health, environment and privacy of Seattle residents, with no real positive ones at all.

Accordingly, we of EcoTruth Seattle request that the following information be delivered to us at the above-referenced address for publication within ten business days of the date of this communication; that is, no later than July 12, 2013:

1) Information as to any government funding this proposed “smart meter” initiative has received, particularly any federal funding, and in what amounts;

2) Specifications as to models of “smart meters” your utility corporation is proposing to install;

3) Environmental/health impact studies/statements from your utility corporation concerning these devices;

4) Proposed fees to Seattle residents to opt out of “smart meter” placement;

5) Projected increases in utility rates to Seattle residents as a result of such placement;

7) Projected plans for public hearings concerning such planned “smart meter” roll-outs in cooperation with the City Council/Mayor of Seattle.

Thank you in advance for your cooperation concerning this matter.