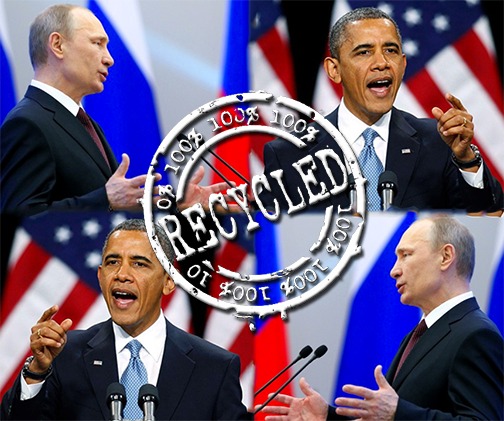 During these tense times in geopolitics its easy to get caught up in the media hype and hoopla and banging of war drums, accusations and counter-accusations that fly in such tense moments.   Looming war, and civil insurgency in Ukraine, Iraq/Syria, martial law in Thailand, and the brutal leveling of Gaza in retribution for 3 teenagers killed in Israel (did anyone doubt those murdered kids would lead to war?).

I had a customer for many years that utilized my web servers for his web forums.  A psychologist by training, he was an expert in reverse speech analysis and human behavior.   He told me once of a college paper he wrote comparing the extremist literature of the John Birch Society, and Stokely Carmichael and other revolutionary groups of the late 1960s and early 1970s America.

What he found was that the inflammatory rhetoric was almost word for word the same, from one end of the political spectrum to the other. The template remained the same, regardless of the ideology. He used the French phrase “les bouts se touchent”, (hopefully I got the French correct – no doubt I will corrected if its wrong!) which means the (extreme) ends (of the political spectrum in this case) touch each other… that is, they are the same.

What I do know is that people are waking up world wide on a scale not ever seen in recorded history of this planet.  I have talked to Chinese that clearly see the corruption in their government, Japanese who see the bleak future its controlled elite offer their youth as an aging demographic clings to power. Russians who are every bit as awake as their American counterparts to the shenanigans their country pulls.

“Light worker” blogs extoll the virtues of Chinese dragons and Russia’s Putin in the desperate hope they will free America from being the cabal’s central HQ of control (they no longer even bother to hide their control behind a veneer of democracy). They put their hope outside themselves, and place it in the emerging BRICS system of banking and reserve currency system, yet the truth is they too are part of the system that runs this world, just another competing faction of it. Duality thrives in competition. The Rothschilds leased their gold from the Chinese royal familes, and stole others.

Painting racing stripes on donkey doesn’t make it into a race car, it just makes a bad imitation of a zebra. Time to put value where it belongs, with the people, and out of the “divine” right of kings…

This is not the first civilization on this planet, but it is by far one of the most turbulent and controlled histories in the long string of civilizations that have been born here through one epoch or another.

The situation in the Ukraine, like the Arab Spring in Egypt, was financed by bankers years ago.  All parties, including the Russians, knew their roles well in advance. There are multiple layers of agendas, from control of pipelines east and west, the flow of oil, and agendas of distraction from dire economic consequence of unfettered banking derivatives and leveraging which ravaged North America and Europe.  Central bankers are known to run the Ukraine and one was even its leader.

The real purpose of it is to foster separatism reinforce the statist regimes in all countries involved, distraction from the crumbling  banking systems,  and furthering the goal of locking down the populaces with ever more travel restrictions, monetary controls, and draconian new laws all in the name of “protection”. They have always ruled through fear.

If you have any doubt of the truth of “les bouts ce touchent”, here’s a visual example of these templates in use in two very different countries during the 2012 political campaigns of Obama and Putin.  These political ads, the visuals, the themes and the word templates used are identical…”insert politician and country here”…. 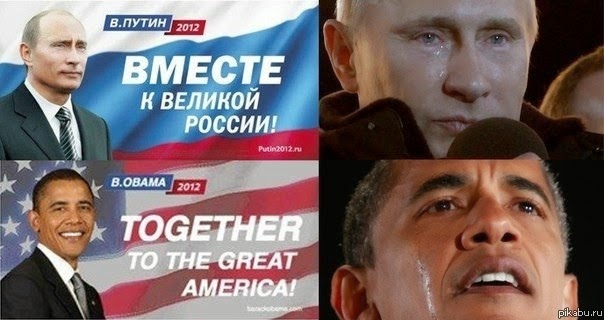 And this suggestive ‘first time sex” ad about Obama…

….is identical to this Putin ad…in Russian…. (situation changed slightly with a fortune teller…