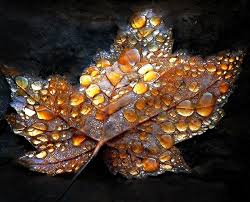 In this presentation Laurence Gardner reminds us that we haven’t discovered everything and what potential ORMUS (monatomic elements) holds before us.

Since his latest book, Lost Secrets of the Sacred Ark, was published in February 2003, best-selling author Sir Laurence Gardner has been giving worldwide lectures about the rediscovery of arcane knowledge-in particular, the extraordinary powers of white powder gold.

This substance was used by pharaohs and kings of the ancient world. It was also part of the secret knowledge of medieval alchemy and the Knights Templar.

He suggests that these monatomic elements bring new possibilities to humanity…

…A cure for cancer without drugs or surgery, an alternative to burning fuels, a means to transform human consciousness, the possibility of low or zero-gravity flight, space travel by manipulation of space-time, and access to other dimensions.

1 Comment to “ Laurence Gardner:Lost Secrets of the Sacred Ark”