by Lauren Gorgo, published on Think With Your Heart, on February 18, 2017 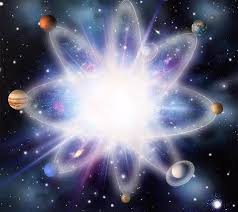 We are headed into a VERY powerful week (or three) that is leading us to the next solar eclipse on February 26 where the energies will continue to build to a bit of a crescendo around the March equinox.

Eclipses always create the potential for extra-ordinary change but this upcoming (solar) eclipse (in Pisces) is promising an empowered opportunity for us to release ourselves from lifetimes of karmic programming as we master our newly refined ability to consciously choose over the next several weeks.

Whatever came up for you during the last (lunar) eclipse…likely it was centered around old core-wounding…is now asking for release, for your diligently aligned actions to snip those cords tethering you to the past so you can begin a whole new life as LOVE.

In the new report I talk about what’s required to get in alignment with your new ascended reality coordinates.
Here is some of what you can expect in the FULL version of the article:

As we begin our transition from the first (lunar) eclipse to the second (solar) eclipse of the season on the February 26th new moon, the tide is beginning to turn and we are all preparing to shift into a very different dynamic.

The full moon lunar eclipse certainly did it’s job of bringing up those familiar core wound patterns and in the process, each of us have been faced with some major choices…choices that are 1) determining our path to physical ascension and 2) will come to life more fully following the March equinox.

In the last report I mentioned that in December I started seeing (in my mind’s eye) a definitive split between worlds as timelines/reality programs were separating, to the point that the 3D world is seeming more and more like the dream it really is, and…to those who are vibrationally aligned with the unity timeline…the 5D reality program is starting to come into sharper focus.  NOTE: In my experience it usually takes at least 3 months for any spiritual vision to be made manifest in the physical world, so my assumption is that the separation I was shown (and the resultant emerging 5D reality) will become more readily available around the equinox.

Since ascension hit the physical realm (and body) we have been asked over and again to put all these “higher concepts” into real life…and no doubt shi(f)t is gettin’ really REAL. We are having to bring the physical f-u-l-l-y on board with our galactic level Selves and that means 1) letting go of ALL 3D world safety nets (cue really raw feelings of vulnerability and a plethora of security fears) so that we are ready and able to 2) be-lie-ve the impossible into BEing.

It’s one thing to accept the possibility of ascension as an idea, theory, or even be-lie-f, quite another to stake your whole (3D) life upon it….especially when so many around us are now going thru really tumultuous times.  But now more than ever it is imperative that we are ALL IN…that we keep all hands, feet, legs and arms inside our merkaba vehicle at all times…that we choose ourSelves first…that we maintain our center…that we stay in our own (vibrational) lane…that we remain anchored in our own heart for truth. This is no easy task juxtaposed against a world (and loved ones) who are beginning to unravel.

One of the greatest tests of our mastery is keeping our sights set on the world within us, and not the world around us.  It is s-u-p-r-e-m-e-l-y challenging to ignore the current physical, even and especially the many changes going on within our own physical bodies…which are currently just a denser expression of our old spiritual/mental/emotional bodies…until the new-higher expression of our spiritual/mental/emotional emerges in the physical to reflect our new-true state of being.

But to embody our higher truth in physical form, there is no other way.

The 5D world and our ventures upon it demands ALL or nothing…there is no “yea, BUT” here…it’s a fully on-board choice that we all have to make with no guarantee and while simultaneously suspended in absolute faith of the outcome.  Because of this everything-on-the-line choicepoint we are all having to confront the lingering places within where we are still doubting our heart’s truth, questioning the plausibility of it all, unsure of our power to fulfill our (divine/galactic) mission of service here.

In some cases these choices are intense, grueling even, for we feel compelled to release all notions of what we know/knew about being human but without any idea or concept of what will come to replace it…which is why these last weeks have felt like being in a pressure cooker.  That pressure was serving to push us beyond those persistent human limitations so that we can fully let our light in the densest part of our bodies (hello root chakra) to cut the remaining cords to our karmic template still tethering us to duality.

Realistically it looks like (for those embodying) we have until the equinox to continue resolving our karmic contracts…beyond the equinox (April-May) I am seeing a different “phase” emerge, tho not with any kind of clarity yet. Even still, and especially before we enter the upcoming eclipse, it’s important that we really examine the places where we are still holding on/holding back…where we still feel victimized or powerless to change…where limiting be-lie-fs still reign…where fear/woundedness is still impeding our efforts to cross over into the new world completely.

Orchestrating the fluctuating dance between 3D & 5D has become unbearable for that reason…so we get in full alignment with our higher truth, without wavering.  The path has become so narrow that the simplest wrong thought can feel like we are being ripped in half.  That feeling of being torn in two is the fight between any remaining polarity within prodding us to choose higher, to let go completely, to surrender our human self fully over to our divine-galactic Self.

Obviously, collectively, not everyone is ready to experience such a complete parting…which is the reason for recent relentless initiation mastery tests…but for those who are cutting all cords to the false matrix, the separation from the causal world is fully on it’s way to becoming manifest. NOTE: To be clear, this separation of worlds I wax etherically about is a state of consciousness attained within, one that separates us from the energy of duality/reality of suffering, not from the physical world itself.  Once we (the vanguards) are fully established in the new, we will begin the process of (re)joining with others of like heart & mind to build the many bridges back to the 3D world via our higher missions of service. (more on that below)

The pressure to choose out of the past will only increase in intensity.  In every moment, check your choices.  Are they head based or heart based? Are they limiting or expanding? Are they human or divine?  Are they aligned with your soul’s true intentions for this lifetime?

Every thought is a choice, every choice is a reality. Choose consciously!