Lauren Gorgo: The Return of GOD: touching down 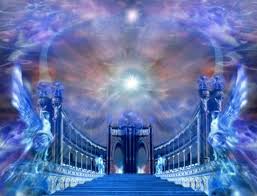 The Return of GOD: touching down

by Lauren Gorgo, published on Think With Your Heart, on February 23, 2016

We are moving into the first eclipse season of 2016, headed not only for a powerful month (or two) of extraordinary transformation, but many at the helm of planetary ascension are also approaching the end of a legendary 13-month (resurrection/embodiment/ensoulment) cycle that began last year this time…what the star beings referred to as “an evolutionary turning point” that spanned the final blood moons heralding the prophesied second coming in 2015.

This year will bring us the fulfillment of that prophecy, en masse.

In the new report I talk about some of what we can expect during the month of March as another very large wave of light prepares to hit the planet in the midst of two eclipses, the equinox and Easter Sunday.  Obviously we have a jam packed journey on tap, one we will want to be prepared for.

The Return of GOD: touching down

We are heading into the first eclipse season of the year beginning March 8th with a total solar eclipse followed by a partial lunar eclipse on March 23d which comes right on the tail of the equinox on March 20th, and then we wrap up the month with Easter Sunday on March 27th.

Aka, we have another power-packed cycle of transformation on tap and we will want to use every ounce of these super charged energies to catapult us completely out of our cocoons and into the new world consciousness…hopefully to the point that our new/true Self will finally stick.

Last year during the first equinox-eclipse passage the resurrection process was activated for wayshowers, compliments of the total lunar eclipse & the 3d blood moon in the tetrad that landed right between Passover and Easter Sunday…ordaining the official resurrection season.

We were infused with major restructuring codes during that time that were triggered within us all year long so as to clear the way for the emergence of the solar christ body template, the descension of our divinity in form, in order to become what the star council referred to as “Self-sustaining SUNs of GOD”, enfleshed. Needless to say it was a deeply challenging and tumultuous year of emotional and physical excavation/preparation/expansion that has led us to what I am now hearing as “the fulfillment, the revelation, the result of that activation”.

In the words of Led Zeppelin, this year we bring it on Home.

While we essentially have no idea what this passageway will ultimately yield or how, we can already feel ourselves beginning to touch-down…a palpable sense of grounding into earth again, reconnecting to our physical selves, lives and even society in a new (freer) way after many, many years of not feeling welcome/desirous/interested in participating in the collective on any level. It’s slow moving at this point so if you are not feeling this yet, don’t fret it…my understanding is that this whole year will continue to be duly dedicated to our emergence.

The very welcomed and growing impetus to become part of the world again, even if in small ways, is a clear sign that the christ grid (which I am now able to see as fully solar in nature) is activated and ready to support us and the planet to physically enter the new reality system.

This solar matrix of light that many have been activating all over the planet for a very long time is powered by the energy of the Central SUN and (as I understand it) works in tandem with the crystalline matrix to infuse earth with the codes required to activate the Eden the template within all of us and earth, to disseminate the information necessary for us to physically build the structures (including our body structure) to house heaven on earth.

The star beings assert in this transmission that together we have indeed achieved what many be-lie-ved to be impossible…that we successfully completed this gargantuan mission of divine service.  As of the new year, Operation Ascension-grid Anchor is now over and we can actually feel the results of this completion via a blossoming sense of stability…a palpable safety that is beginning to spur our confidence to step out, to make the final physical leap into our authentic Selves and embrace our new level missions.

If you tune into your grounding cord…that which connects us to the physical world via the earth star chakra…you may find that you feel more “fastened” to the planet than you have in a very long time, or ever.  If you are one of the many awakened sensitives that never felt at home on earth, if you have been a stranger in a strange land, this will be changing now.  As we embody our divinity, so does earth and this co-creative partnership is generating a security in the physical dimensions that many of us have never been privy to.  Not because we didn’t want it, but because the world wasn’t ready for the frequency we needed to fully anchor ourselves here…until now.

Meaning, we didn’t incarnate to live 3D lives…we incarnated to create the possibility (read: holographic infrastructure) of a 5D world from within 3D, from within ourselves. Mission accomplished…which means those who activate the solar/christ-level consciousness within now have the full support of the christ/ascension grid, here on earth, to live their christed nature out loud and can essentially broadcast the christ principle in a way that will have a more direct effect on all others.

In other words, this intricate, fractal, grid system now accessible on earth is how planetary ascension is made possible. Because of that, and according to the star beings, this year is a definite game-changer.

Permission granted to copy and redistribute The 5D Report’s FREE VERSION ONLY on the condition that the content remains complete, intact, full credit is given to the author, and that it’s distributed freely