Lauren Gorgo: MAGIC in the Making- lighting up

MAGIC in the Making: lighting up

by Lauren Gorgo, published on Think With Your Heart, on June 3, 2016 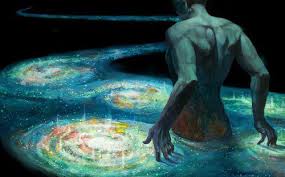 In May we eliminated so much from our past that was clogging the flow of our life force.  In June we will feel the call to declutter our lives, remove all traces of the past from our present so that we can deepen into the new reality that birthing before us.

It’s time to alchemize our outer worlds to reflect the purity of our HEARTs and the clear brilliance of our multidimensional minds.

In the new report I talk about the the activation of our higher body consciousness for those moving into embodiment.

MAGIC in the Making- lighting up

Tho technically this is the “May” report, I can see now that the information contained within it was being held back (with my inability to produce it) until the June energies arrived fully because this month already feels completely different than just a couple days ago.  Cue cleansing breath.

Clearly we are all still adjusting and settling into new grooves after our recent round of gutting, but from this month forward we enter deep into the blossoming of our true Selves as those embodying prepare to reveal a new level consciousness to the world.

For the record, I hope we never again have to live thru this many retrogrades at once…however…I will say that the star beings were pretty accurate in their assessment of what was coming for us in that we definitely spent the month bulldozing some impressive boulders blocking the pathway to the landscape of our new lives.

For me personally, it wasn’t the severity of the restructuring, but the  d u r a t i o n  of it.  Groundhog Day had nothing over this mega May.  It was like a super boring episode of Naked and Afraid: ‘ascension edition’…21 days of surviving sameness. Plenty of food, but no energy to prepare it. Or eat it.  Every day more exhausting than the one before it, and without a soupçon of reprieve.  Oh..but on this show, instead of losing tons of weight, we bloat…obscenely…for no apparent reason.

Luckily, there was also the element of so much to do, so much required of us, but with very little (to zero) ability to do anything about any of it …so much so that it became obvious pretty quickly that we had no choice but to throw in the towel, to let go and let our Source-Self take care of all the details, tend to the big picture AND little picture details and just let our human self coast in faith…endlessly.  And bereft.

The reason we were so drained of vitality is because most of our energy was spent deep in the basements of our bodies, rooting ourcellves to the new reality and in the process we also dug up and pulled out many strongly entangled roots from outworn realities. This amounted to an extraordinary unearthing…digging, scraping, sweeping, sorting…revealing things stored in our cellars that we long forgot, or in some cases…had NO idea were there.

All this revelation enables us to see our core wounds in a new (unified) way so that we can finally resolve and release lifetimes of karmic recycling.

In the bigger picture, all this preparation and excavation was required for the dissolution of the karmic template and do that, we had to completely come undone…we had to disassemble ourselves and worlds to a point of becoming unrecognizable so that we can now reassemble ourselves based on our true divine template.

Moving forward, and depending on how thorough the excavation, we will have the joy of getting to know ourSelves at a whole new level.

Ultimately, the dissolving of the karmic template placed many of us in a position of complete emptiness so that we could be open enough to begin the process of what the Pleiadians are calling “filling up with the light of GOD”.  (Let’s hope that comes with hair and makeup…LORD knows we could all use a makeover.)

After so much emptying…which really began in earnest at the March equinox/eclipses…we move into the new season and second half of the year poised to receive/refuel/replenish.  Our new open channels created from the final resolution of some major life hurdles (core wound remnants) are readying to be flooded with new life Force.

Entering June our focus now shifts to alchemizing, to making some sense out of what we’ve all just been thru and why.  It’s time to “make gold of that”…to enact our new inner-authority to effectuate lasting outer change.

Time to transmute the mundane into MAGIC. 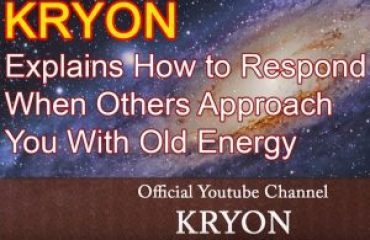 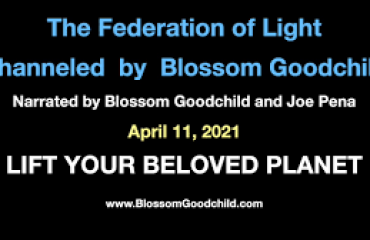 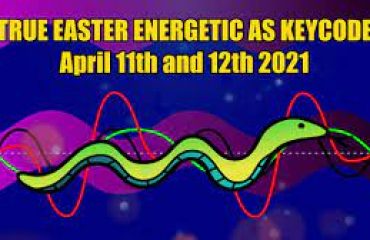