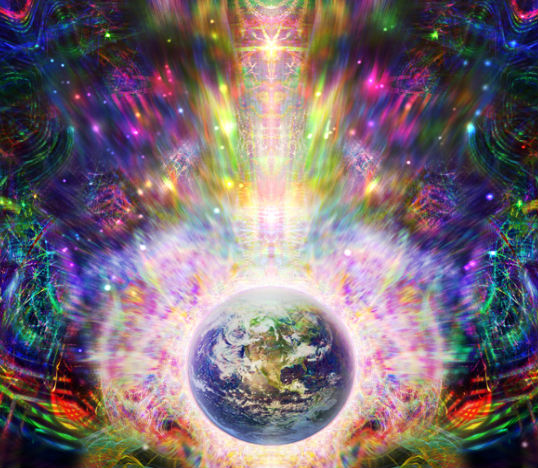 God-Sovereign SELF: our cosmic homecoming (II)

By Lauren Gorgo, published on Think with Your Heart, on December 6, 2014

“Make no mistake…yesterday is gone. We are preparing for a very new tomorrow.”

The many weeks of super deep excavation draws to a close and we are finally coming up for air.  And while December is a very different energy, it is also off to a slow start. Keep in mind that we went so deep in November that we have to responsibly rise to the surface in order delicately handle the decompression that often accompanies the uncharted depths of such an encompassing dive.

And yes, November was beastly, but it was excruciating for good reason.

For some, this was a final curtain call…our last full-fledged appearance in separation before 2015, a year when many of us will emerge as “Golden GODs”. (more on that in the last section)

Now that we are (mostly) in the clear, the Sagittarius sun is serving to pump up our deflated spirits and refill our LOVE cups with some sorely needed optimism and unprecedented expansion. New spaces are definitely opening within us, and we are unwrapping some sudden new soul gifts just in time for an early Christ-mas!  Because of this I can see more clearly now why this report had to to be broken into two parts…because part II contains some long-awaited presence that we definitely needed to be in the right space to receive.

I’m told that this month will “burn brightly” and require new mastery skills, mostly by way of anchoring, reorganizing and restructuring our lives to accommodate the avalanche of incoming change…of new understanding around who we are and what we are here to do beginning in 2015.

Everything has changed.  Since the eclipses, we are no longer who we once were and so you may feel a little estranged from your life and self.  No matter, all is well.  As I write this we are still clearing cobwebs, sorting out our pasts, putting the pieces back together, hashing out the heaviness, rearranging our DNA to assimilate our hard-earned expansion and navigating some confusing swells between the heights of our cosmic nature and the depth of our human experience. But make no mistake, yesterday is gone and we are preparing for a very new tomorrow.

Last month we were thrown back into the creative void, left to meddle in (3D) mediocrity again, which was so unfun. The disconnect from our true nature felt like a punch in the plexus after the creative heights we were able to ascertain just prior to the 11:11 gateway….at some moments it felt like we were gasping for air (read: LOVE)….yet, we were also able to clearly notice just how much we have come to depend on LOVE to sustain & nourish us.

This last round of expunging darkness felt so empty in parts that it just didn’t make sense any more…in a very real way. No charge, just plain unintelligible.  Life the way we have been living it now seems ludicrous whereas the concepts of true life, and its attendant super powers, now seem relatively normal.  If you are feeling this “new normal” it’s a good indication that you are emerging on the other side…or at least on the bridge to cross over.

This latest wave of contrast served as a thorough last look around the dark corners of (thousands of years of) past miscreations that supported all the ridiculous conditions and circumstances we came to accept as “normal” human behavior…like aging for example. Whoever wrote that into our human script…and btw, the answer is “we did”…is an ass-clown.  What a ridiculous and small concept for such magnificent God-sovereign beings. Plain absurd. It always was…the difference is that now we can feel the truth of our biology, from within our bodies, which means we can not only see the inanity in humanity, but we are finally in a position to DO something about it…post soul merge.

This massive life review from our new level of (God) consciousness was the perfect antecedent to the soul merge completion that many are preparing for. I know some of you felt as if you were being bullied by November, (ie, your higher Self) however, I am sure in retrospect you now realize, even tho the master 11 vibration always seems to have it’s way with us, that in all the tumult you were actually given a supreme opportunity to face and change some remaining outworn patterns, stemming from lifelong reactions, to age-old (core) wounds.

I said in the last report that the influx of this divine masculine energy may have feel merciless or punitive, but really these frequencies are just holding us accountable for our own (past) choices in increasingly noticeable ways so that we can get on with the creation of the new world already. And since time is closing in on us, it’s easier than ever to see the formula in action: Always Choose LOVE.  And whether you perceive yourself to be victim or perpetrator, the formula is the same.

We are simply not permitted to forget our power any longer…if we do, the backlash is instant and tremendous.  As we move beyond separation/causality, time…well space really…between cause and effect is increasingly shrinking to the point of nonexistence. The last 15 years of awakening has given us enuf time/space to rid ourselves of our repetitive (karmic) choices and reactions so that we could see, with increasing clarity, the err of our ways and choose LOVE…in every moment.

Many of us are here now…able to make that choice instantaneously and in real time, but for some (most of the humanity) the closing of this gap, the dissolution of the 4th dimension, can create the illusion of “punishment” to those who are unaware of the fact that they are face to face with their own many lifetimes of misaligned choices.

The good news is that that critical mass has been reached which means we can fully anchor in the new and the rest of humanity can follow…their own hearts Home.

In the meantime, we will be here as living proof that the only choice (left) is LOVE.