Last Dance of Separation On Every Channel 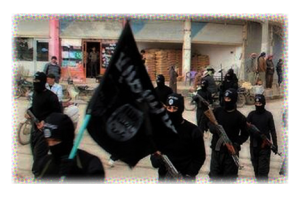 Last Dance of Separation On Every Channel

Living in Morocco as I have since last November has given me an interesting outsiders view of American media machine that I wouldn’t normally get from inside the USA.  It used to be that CNN and BBC could be relied upon for some decent news coverage.  Who can forget Bernard Shaw reporting from the Baghdad Hilton as cruise missiles streamed in on night vision cameras?  But these days that thin veneer professional journalism has peeled and flaked away back to the pure cardboard propaganda stand for the Wall Street petrodollar/Federal Reserve cabal they always were.  CNN had ratings decline by 45% during the coverage of the missing Malaysian flight 370.  Nobody believes anything thing American news outlets say.  And the ratings prove it.

And God bless Obama.  Putting into Presidential orders policies that were secretly practiced for decades but now it part of the official records!

My apartment came with an old cathode ray TV and a satellite feed, not that there’s much I really want to watch on it –  there isn’t.  I have to pay for those channels and my sat box didn’t come with a decoder. I would like to see Game of Thrones but HBO is not distributing that via Amazon.

There are the usual news channels of the cabal sort – BBC Worldwide and the petro-dollar financed Al Jazeera in Qatar.  CNBC and Bloomberg seem to have the strongest satellite signals.  I nearly died laughing as BBC financial talking heads spouting the latest quantitative easing bullshit while the largest spherical UFO I have ever seen flies right behind them over the City of London. Talk about irony! Switch to camera 2!   Creator Source truly has a very funny sense of humor and this world is getting funnier by the minute as the contrast desparate clings to the illusion of separation!
I don’t have a decoder for CNN International’s signal so that is out of the loop for me so I am left with Russia Today and CCTV from China.  Russia Today actually has pretty good coverage of the USA, but I don’t expect to get the straight scoop from it on the Ukraine or Russian politics.  Recently killed RT journalists in the Ukraine were given burials with military honors, which belies the stated civilian nature of the reporters.  Theres’s blood on everyone’s hands in the Ukraine, but there’s no doubt the Russians were not fooled by the west installing a central banker to run the Ukraine and all the pipeline politics that country is the middle of between east and west.

NHK from Japan seems to get its news straight off the Reuter’s feed, not much original reporting there. They truly are “news readers” and sing the praise of Abe-nomics while the bond markets in Japan open late because there’s no one to buy government debt at those low interest rates.  NHK seems to exist mainly as a video buffet cart of sanitized Japanese culture, minus the pachinko parlors and Yakuza tats. Speaking of Yakuza and laundered off book bonds, remember those bonds that showed up in Italy that were confiscated by Italian police a few years ago?  Turns out Berlusconi had passed a law just prior to that, that any illegally laundered financial instruments became property of the government so if you had to pass a rather large bribe to a very high Italian official what better way than to do it broad daylight under the supervision of the keystone cops of Italy, the Carabinieri? Just sayin’… Remember the fuss Neil Keenan made about that? What became of old Neil?  Swissindo?  Even Ron Van Dyke has moved on to another set of Dragons…  but it is good to see that some of these blood lines do get it… perhaps the message from the “Old Man” is getting through to the kids…

Which brings me to a thought about bloodlines and whole annanauki genetic manipulation thing.  DNA is not as fixed as we think it is, its affected by consciousness like all of the material world is… and as the consciousness changes so does the DNA in these blood lines who have been traditionally believed incapable of compassion… many of the children of the various blood line families are doing a huge amount of quiet work to undo what their genetic ancestors unleashed on this planet.  Indeed a good many souls of light purposely incarnated into those families to bring light into them under the toughest circumstances possible.  Blanket hatred is just another tool of separation. Don’t fall for it.

There’s a new TV channel called Ariang which is the NHK wanna-be from South Korea featuring high production values, HD hardware and the latest of dish up of gender ambiguous K-Pop singers and new tech gadgets from South Korean multinationals.  Again not much I want to watch unless I am shopping for a new Samsung Android tablet.  The Thai channel went dead during the recent coup, and now its resurrected with non-stop Buddhism coverage and ads offering people courses that will enable them to be an ordained Buddhist.

Many of the satellite channels are full of American Christian preachers and Muslim preachers and the similarity in broadcast styles is quite amazing.  They clearly are learning from each other.  There’s also a Shiite Muslim channel that spreads fear about how much Sunni’s hate them. Obvious cabal channel that one, it has only one purpose generate fear and hatred.  There’s even a Padre Pio channel from Italy where you can watch the embalmed body of stigmatist Padre Pio lay reclined in his glass coffin. Looks a bit like slumbering holy grail Templar in Indian Jones and the Last Crusade.  Now if you thought Lenin and Stalin’s tomb was bizarre you gotta see 24/7 coverage of a dead Catholic priest’s body. Brings a whole new meaning to the media term “dead air”.

Speaking of bizarre Italian things on TV, I saw Pope Francis excommunicate the Italian Mafia this week and actually accusing the mafia of practising “the adoration of evil”  Is there an Emmy Award for most blatant hypocrisy during prime time?  Yet its funny he didn’t say about the Vatican IOR bank laundering Mafia money or issuing Illuminati bonds.  He said nothing about the mass graves of babies being found in Catholic orphanages in Ireland which are being called Ireland’s holocaust HERE,  and the illegal vaccination trials on Irish babies HERE and and Dublin’s Archibishop predicting more mass graves will be found HERE.  Not to mention the mass graves First Nation children in Canada that the ITCCS has been reporting on and holding common law courts about for the last 2 years.   The Pope’s attempt at sleight of hand was very clumsy. Remove the beam from your own eye your “Holiness”…

So much separation consciousness making its last stand.   PAY ATTENTION HERE!  Don’t look over there!  Here’s your enemy of the day, and we call them “Islamists”.  What the fuck does that mean anyway?   I live around Muslims and they are the kindest and most decent people I have ever met. Zero petty theft in Morocco.

If you going lose money in Morocco it will be in a business deal, apartment rental or real estate transaction, that seems to be fair game. Caveat Emptor. But that’s true in the USA too.  But you will learn to negotiate living in Morocco, its the national sport.

But getting back to this new BBC/CNBC/Bloomberg/Al Jazeera code word “Islamist”… its a term meant to engender hatred.  I mean what’s the difference between a peaceful Muslim (Islam means peace) and an Islamist anyway? Apparently a petro-dollar multi-national run news TV reporter is the only difference.  PERCEPTION. Its all about PERCEPTION.  And they want to shape YOUR perception so they can fleece and enslave YOU.  Terrorism is the Nazi created way to install a police state.

Its like they are saying “Here hate this person because they write backwards in squiggly letters you can’t read in America so you’ll never know they love their families too and are as sick of greedy bankers stealing their homes and land as you are….”  I mean really when it comes to day to day ways Muslims live, they have a surprisingly lot in common with American Southern Baptists, but you won’t hear that coming from the pulpits at Liberty University.  They don’t drink. The women dress modestly, They believe in honesty and hard work. They love free enterprise.  No…that would be just a bit too much common ground for American bankers who feed creating war and pitting one human being against another.   Organized religion in the western world is a huge money laundering  scheme posing as non-profits in a thousand different flavors.  un-traceable cash and real estate donations.

And oh can we forget the contrived ISIS (Al Jazeera calls them ISIL) “terrorists” in Syria and Iraq? They are picking off one Iraqi town after another and running them better!   I keep thinking all the Dinar folks must be shitting bricks right now as Iraq ain’t going to be funding anyone’s RV any time soon.  Save those Dinar people, it might be cold winter this year and I hear they make great fire starters!

One news clip I saw on Al Jazeera actually got a close up of “the terrorists” and if that wasn’t an American or British merc driving that Toyota I’ll eat my hat! Face it folks, I live in a developing country that is not a failed democracy and it sometimes takes me a whole day to get simple tasks for a project done here.  Its just not that automated here.  The Muslim world doesn’t move according to western clocks, there’s tea to drink, prayers to make, and family to dine with.  Yet these ISIS “terrorists” have black on black “au page” matching outfits with matching balaclava straight out of a Belfast flea market…and when you got all those Blackwater/Academi mercs in the mix, well balaclava’s are down right handy!   Takes a few weeks to grow a decent muslim style beard.

Then there’s this Council on Foreign relations article on ISIS conveniently advertised on Google for a group who’s been in the news for what, a week?  Al Jazeera clearly said ISIS was kicked out of Al Qaeda, yet the USA news outlets and politicians call them Al Qaeda…. somebody doesn’t have their facts straight…. just sayin’…