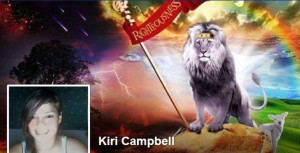 BE IT KNOWN that all persons claiming professional association with the existing court system also including ministers, police, bailiffs, magistrates, judges, registrars and deputy registrars and other court officers and employees and all other agents and prosecutors (from now referred to as INOR,( in need of redemption) from varying other sources within the New Zealand company structure and substructure are herewith noticed to stop and to recuse themselves immediately in all and any further action and involvements and relating to their respective positions.

You could face charges in a common law court and in a trail by jury for treason or high treason for the past and present involvement in undue process of justice and perversion of justice by fraud, contempt, trespass, sedition and any unauthorized administration of Estates (or trusts) or persons without authority of delegation from any executor offices, abandonment of their oaths of office as public servants and for impersonation of positions held under your oaths taken when as a matter of fact being engaged in commercial, revenue generating enterprise contrary to the position supposed to have held.

We the people could agree to appoint a transitional chief administrator who could take over the keys or other means of access to the buildings to coordinate the conversion of the existing buildings and administration of record keeping back to their original purpose of administering real justice.

BE IT KNOWN to all women and men that this land is a common law jurisdiction and that all lawful courts are common law courts where free men can exercise their inalienable right to trial by jury.

Is it not true that all court buildings are standing on the land of the people, the internal sovereign heads making up the one and only true crown, and being the land granted for the purpose of administering justice by the rule of law, and being land without certificate of title or sales and purchase agreement, which would define ownership? Is it not true that the original grant given to occupy the land the court building stands on was to facilitate justice as public service providers and as public servants and the servants to the people could one day be revoked by the internal sovereign heads, the people, who could authorise and execute a notice of this nature.

Is it not true that any officer of any court, and any government official also including New Zealand police who have attempted to compel or compelled one of “the people”, into their foreign corporate commercial jurisdiction by accusing them of being a “person” has perjured their oaths, and were engaging in TREASON, and SEDITION, and they have no immunity whatsoever, because all officers of all courts are presumed to know the law?

Is it not true that it is essential to the preservation of truth, justice and freedom to affirm oneself to the right to trial by jury and that any denial of this right by anyone constitutes treason against the man and woman standing on the land. No parliament (part of management committee) of the New Zealand company can legislate to abolish or diminish this right protecting life, liberty and property in a common law jurisdiction and have no standing as sovereign crown and never had such a standing as sovereignty was never ceded to the New Zealand company by the man and woman on the land?

Is it not true that it is the duty and responsibility of jurors only to judge the facts and law presented to them, so that they can administer Justice to all parties in any action?

Is it not true that unless a court obtained the clear, written, witnessed and unequivocal consent of all parties with full disclosure given and full understanding of definitions and interpretations of all words used, in plain English, and without duress applied or threats being made or tricked or deceived, to be without a jury? Is it not true that any court without such consent been given has and never had jurisdiction to proceed summarily and any such awards, doings and proceedings shall be held to be null and void and any cases (constructive trusts) to be corrected now and recorded accordingly including the release of all parties unlawfully charged and held, to be now released from any order which was given via a magistrate, adjudicator, judge, deputy registrar or registrar acting under the summary proceedings without such proof of claim of consent?

Is it not true that there cannot be any trust or confidence in the process INOR has engaged in and all persons involved hold full personal and commercial unlimited liabilities?

Perhaps very soon INOR will have to vacate the buildings and land and be recused from engagement from the presently existing court system?