by BZ ⒾAM Riger / Saturday, 27 July 2013 / Published in Eternal Essence Embodied
[ this message was posted by D in the RTS skype room this evening: (*) (*) D Breakingthesilence: first- Kiri KNEW she was going to get arrested again- as a matter of fact, she planned it that way. so everyone get your knickers unknotted- seriously! 😀 (*) (*) ] 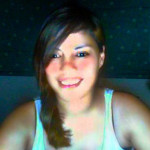 UPDATED 10:22pm EST – John from the The One People: Shifting Banking Discussion Group has been calling the Police Station in New Plymouth getting as much information as he can. Thank you John for your compassion and dedication.

This is the kind of ‘goodwill towards men’ we are transitioning into.  We are One People and One Family.  I felt a personal connection to so many over these past 6 months and this latest effort had the effect of pulling us all together in oneness.

Kiri is presently being held in a “correctional facility” per Acting Sargent Dillion Robinson, whom according to John, showed a modicum of compassion for her situation.  Sargent Dillion, was open to the ideas regarding the OPPT and wanted to know more during their conversation. Sargent Dillion suggested that Interpol be contacted instead of the local police. No other details related to the Court Appearance, or the status of Kiri’s charges are available at this time.

Earlier this week Kiri was charged with Breach of the Peace and Fraud and Attempting to Obtain Pecuniary Advantage, however Kiri never Consented to any of those offers to contract. Regardless the Authorities are most likely still trying to peruse this as if she is a criminal.

Updates will be issued as they are received, check back later.

Below is the original Facebook thread used to create this update:

H I all !! Greetings from Sligo City, Republic of Ireland !

Its 02.40 here in Ireland — I have been on the phone to Hawara and New Plymouth police stations since 11.15 last night — and just got off phone from Acting Sargent Dillon Robinson . He was the only officer I managed to talk to.

We had a long conversation – but as far as Kiri is concerned – — all I would be told was that she is still in custody — and has now been moved to a ‘ correction facility ‘ but I would not be told where or any more details. I explained that I was member of OPPT , and also Amnesty International, and if her detention continues, I will take it up with Irish CEO Colm O’Gorman.

We got on to good terms eventually , with him been half Irish , and his mother been born in Ireland ! He wanted to know about OPPT – and the foreclosure filings, which I explained to him as best I could – and informed him that Common Law was in force now, not Royal Law , and he explained that a lot of their law has a foundation in common law !

He also informed me that I should take Kiri’s case up with Interpol – and why did I ring a small Police station — I explained that I felt it would be more useful to speak to someone on tbe ground In the local area -which he agreed with ! I left him — and a very helpful dispatcher — I-uv.com details — reckon we got some converts !!

I am sorry I could not do more for Kiri – but other Officers were off .

There is a growing effort to make contact with any and all persons and agents whom may be able to help Kiri and her situation. Mass Courtesy notices have gone out and the community is gathering masses support for her.