Keeping It Together in an Insane World – Zen on Radio 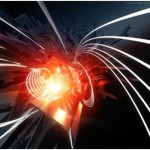 Keeping It Together in an Insane World – Zen on Radio

Ebola, Gaza, Ukraine, Chemtrails-A CLASH of Civilizations. Zen and Scott Teeters (host) talked about the strange times we are living in. With two genocides playing out at the same time, westerners have to endure a totally biased and skewed news media. And when the media (the unofficial 4th branch of government – the one that governs your MIND) isn’t twisting reality, they serve up a continuous stream of more and more extreme “entertainment.” In actuality, modern “entertainment” has become “entrainment.” As George Carlin used to say, “And it’s BAD for ya!”

So, how does one “stay aware” and not let it all crush you? That and other interesting things were covered in my conversation with Zen Gardner. Zen Gardner’s always unique and eye opening take on what is going on in the world. With an eye toward the awakening he looks at the dark alternative news headlines, the real motives behind the powerful plays and what it means to you on a conscious path. Lots of BAD stuff going down.

From one of Zen’s recent articles:

“The Awakening- Clash of Civilizations… You’ll see signs of it everywhere. Major inroads of Truth are being made by the minute as these disgusting forces continue to attempt to forge their desired goal of a subservient, complacent and even happily servile work force. Damn them, and do it with gusto.

Don’t be deceived, it’s all a wicked charade. A ploy, a scam: a counterfeit civilization they’re trying to construct that true conscious humanity is dissolving by the hour.

Disconnect – disobey – and de-enlist. Break your unconscious and conscious agreements. The parasites will shrivel up and disappear.

The time is now. It’s ours for the taking. And receiving.”

Zen Gardner is on a mission to keep as many of us as possible, THINKING. Thanks to the western main stream media with its sensational news and entertainment (entrainment), we’ve become a reactive culture. We don’t “think” we just REACT.

Peace at the End of the World by Zen Gardner

Well, Zen Gardner wants us to THINK. He has created ZenGardner.com, a brain trust of thinkers and writers that offer a breath of fresh air in what is otherwise drivel from the National Ministry of Truth, aka, the main stream media. Back in the days of the old republic, journalism and the media served as a watchdog – they’d bark up a storm over things that weren’t right. Today, if you want that byline or anchor chair, you’d best tow the party line. You’ll get none of that “PC” stuff at ZenGardner.com. You will get thoughtful commentary – information for your consideration and edification.

Join Zen Gardner and FarOutRadio host Scott Teeters for another mind bending discussion! We explore Zen’s recent thoughts/writings on the crazy insane headlines that don’t get discussed in a deep, mindful way on mainstream media. We get you THINKING and eager to know more about what is really happening, what you can do, how you can “be”. We discuss the headlines on today’s alternate news sources with a sense of eye opening dark reality. Ready to “work out” your gray matter?

Zen Gardner is a deep thinker on a quest for truth. He is the editor and publisher of the truth seeking website, ZenGardner.com. He shares: “I have questions. Life is wonderful–full of amazing wonders that continue to unfold. My quest for truth has given me new perspectives which lead to well springs of information that continue to inspire awe and wonder at the world we live in. Dare to explore and see what leaves you …just wondering.”