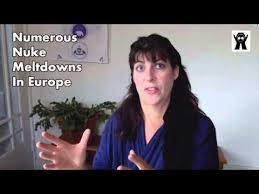 In what is one of the most detailed and advanced interviews to date, Her Grace Karen Macdonald gives a wide and highly detailed first interview. Via Skype from Canada, near one of Canada’s big DUMB bases, and not far from Nelson, which Karen confirms James Casbolt’s story.

|Karen is the last surviving Klan Mothers of the so called “white races” (nothing to do with skin colour. She has authority which gives her legal power back to the pre-catastrophe era.
Here we show some of her “kammands” which give arrest warrants to existing fraudulent “queens” and presidents. Her vast and wide knowledge and experience, and backed with data and knowledge sources with Sgt Pattie Brassard (Pattie Brackett) gives us access to level of information in such detail the viewer must pay extremely close attention to the details explained here.

The scale and level of the various ET races and the massive assault on humanity’s genetic structure and the scale of the alien war around us is further explored in part 2, with Pattie Brackett.
A High Definition Skype, from Canada.
Karen explains how the water from her lands have been stolen to supply massive deep underground alien bases from her land in Canada, to the United States.The new underground bases for Queen Elizabeth is also revealed. This and more, in a smiling extremely positive briefing from Karen.