Just WHO Does the NSA Work For? Who Does it Protect? 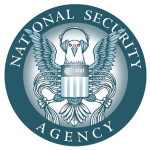 Just WHO Does the NSA Work For? Who Does it Protect?

The more this NSA thing unravels the more remarkable it becomes.  Its name “National Security Agency” seems lately a bit like the other misnamed organization the Federal Reserve System, which is neither Federal nor a Reserve. The agency is unique in that it refers to those who get its data as “customers”.  We know the NSA turns over information to private corporations like Boeing, in the case of the intercepts they did when Airbus paid bribes for a sale of planes to a Saudi Prince.  Bill Clinton used that information to make a direct sales pitch to King Fahd from which  Boeing profited.  So its quite clear that National Security at the NSA includes the economic profit of companies like Boeing.  A similar situation occurred with Brazil’s oil company Petrobras which were forwarded on to American Oil companies.  This contradicts statements made by an NSA spokesman to the Washington Post on August 30, which said that the US Department of Defense “does not engage in economic espionage in any domain, including cyber.”

I remember reading in the Sunday Times in England, when I worked in that country, an amazingly candid statement from a British government official,  “Classification doesn’t exists to protect secrets from the enemy, they already know, it exists to keep information from the public”.  At that time in England the positive effects of vitamins and the adverse effects of food additives were placed under the Official Secrets Act. My friends got their information from American books and news sources because they couldn’t get it in their own country.  Hopefully that has changed by now.  The people are always the ones deemed to not have a need to know, because if they knew they wouldn’t tolerate it.  Edward Snowden’s “crime” is not breaking his security oath, its embarrassing the NSA with the truth.

That’s not to say there are not true patriots who work at the NSA and other agencies,  breaking codes and deciphering cryptic events around the world for their hidden links and doing a very good job of it.  You can bet there are very fine people there.  And you can also bet there are people there who very quietly go about ending the abuse of the American people by powers that like to stay in the shadows, the nebulous “customers” of NSA data bought at the cost of billions of American taxpayer dollars.

Its just the very nature of these kind of agencies is compartmentalized.  And like a human with a dissociated personality, one part of the collective mind of the agency doesn’t know what the other is doing.  Its the very model institutional psychosis. Compartmentalization is vital in getting very talented and decent people to participate in very awful endeavors.  Would anyone with a conscience put their entire national infrastructure at risk, as well as the hard built reputations of American companies producing security software, routers (most are made here even now) and the huge industry of software and internet services if they didn’t think it served some higher national good? The problem is it doesn’t.  We’re the laughing stock of the world, the NSA lit the fuse on an high tech economic time bomb in American high tech companies.

Google, Yahoo, Facebook and even Microsoft are scrambling for public opinion cover by filing lawsuits where they play the innocent victim.  Where was their voice when the Patriot Act was put in place?  Cowering in a corner no doubt or sucking up the profits of the quid pro quo arrangements of accepting cash for installing the backdoors in each new version of Windows and Gmail.   My last install of a Windows 7 system had 169 different “security patches”… I mean really Microsoft???  Are your programmers that sloppy or are you just replacing the backdoors discovered by hackers with new ones from the NSA that haven’t been discovered yet?   And what about all the economic loss that crippled operating system security has cost individuals identity theft, data theft, and plain destroyed systems that isn’t factored into the cost of NSA budgets and is born by the American public?

All the political and economic intercept information the NSA has at its disposal has shed no light on the 9/11 event, and none of its economic monitoring of banking transactions has taught us anything about who speculated in the markets prior to that event and profited from it.

People think the banking system runs on money, that’s not true. It runs on information. High frequency stock trading platforms run on the entire premise that their computers are so close to NYSE computers they have milliseconds of advance notice of price and demand changes in the markets, an advantage you do not enjoy in your cozy San Francisco bungalow. And they call this free markets?  Got a great new free energy idea, surest way to have it stolen is to put in the US Patent office. If it isn’t classified as a national security item it will be down right stolen and built in another country by the bankers.

Where do ex-NSA people, CIA people, Navy Seals, SAS , Mossad, MI5, SAS and other agency people go? They go into the banking system and Wall Street. And what goes with them is their long list of friends and contacts inside the agencies. The finance industry love the military guys, they get men with security training who follow orders plus latest military intuitive training which banking has always used.

We know the United States has been operating under a cellophane wrapping of a corporation for a very long time (1871) and the Federal Reserve is also a privately owned corporation owned by some very old families (with ties to China via Ghengis Khan) in Europe (and rumored by some to be owned by Chinese now).

“The USA or China or Russia or anybody else has nothing to do with keeping these balances other than approving the various sequences of trades to do the balancing act. It is the family. Because they are neutral in these political games of chance and counterpoint. By the way, where are all the good leaders that used to be around some time past? Have the replacement good leaders been shoved aside? Seems to be. Leaders are not elected now. They are appointed but the perception of a democratic election carries on to keep the peace, otherwise, there would be civil war. They have the best interests of our humanity in their hearts, and have proven this time and again in my experience.”   http://americankabuki.blogspot.com/2013/08/the-zap-report-8-18-2013.html

Need we state the obvious?  In a country run as a corporation by a central bank owned by old bloodline families who own almost every other corporation, is it any wonder the NSA spends its time spying on citizens and gaming the information it gathers for the benefit of private corporations?  Its time to wake up to what’s staring us in the face…