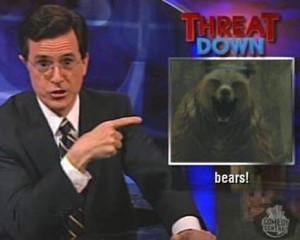 This was posted late last night (my time) by Sean in the RTS skype room:

With the anniversary of the return of our value on July 25, I’ve been doing a retrospective, chronological re-read of the UCC docs.

Interesting shit in there.(you might want to read them…again)
For instance did you know our value was deposited in our body?

Even a conservative valuation puts us at close to $200 billion…

Getting close enough to infinite value for you yet?

Starting to “get” that the money is irrelevant?

The more I read and understand these docs, and know that “it is law”…the more I begin to truly understand why Heather has been saying “It is done” “It’s over” for so long.

This is the response from Heather: ;( (heart) This is the best anniversary present I have ever received….seriously.

a LOT of stuff is about to roll out….. I have the most awesomest research team currently grabbing info and links and helping me pull together the links that show what might be one of the biggest exposures of what is actually going on in the world of finance. Along with the RV, the “New” financial system, and all the banking fraud that’s been going on in the back ground, while “they” are setting up the planet to move into a brand new system of financial fraud that’s bigger than anything most people could possibly imagine.

…. Hey HSBC …. wanna throw in the towel now and just quietly return home to the Eternal Value System instead of waiting till you’re dragged there kicking and screaming? The research team is going through the SEC filing listings and other “regulatory bodies”, and corporate annual reports….. betcha they find all kinds of interesting things hidden in there, hmmmmm?

Just how many banks globally do you control now? And all those banks comprehensive annual financial reports, I’m sure they are all very enlightening. Quite a house of cards, eh?

Wonder what Deutsche Bank’s controllers think of that? You’ve pretty much run out of all those stashes of hidden federal reserve notes that you kept sending over to the US to payoff, … I mean “pay for” the RV.

Too bad that neither you nor the UST can spend any of them. But it does kinda make me wonder what you plan on doing with all those worthless pieces of paper. Can’t throw them away (that would be littering), can’t allow them into circulation, no country or central bank will accept them as payment for, well….. anything. Unless of course you’re laundering them into other currencies? You know, like the Zimbabwe dollar?

I mean, if you could convince “someone” to revalue that currency (or any one of several others) at a colossally HUGE increase, you know… just for a few hours…. just long enough for you and your buddies to “cash in”, perhaps for Iraqi Dinar? Or Dong? Yes I can see that you might make a bit of money off of that, wouldn’t you? Hundreds of Billions on the dollar? Of course that puts you really into a bind now, doesn’t it?

Because all those Dinar and Dong have no value at all until THEY revalue, right? Which would of made a marvelous manifestation of moolah …. if the original plan had actually worked. But it didn’t, did it? All the energetic signatures for the St. Germaine Trust, Prosperity Packages, or any other “current funds” just aren’t working are they?……

I imagine that you’re a wee bit miffed right about now! That’s what happens when the “energetics” aren’t on your side any more.