Judges no longer able to view bank records ‘without suspicion’

Judges no longer able to view bank records ‘without suspicion’ 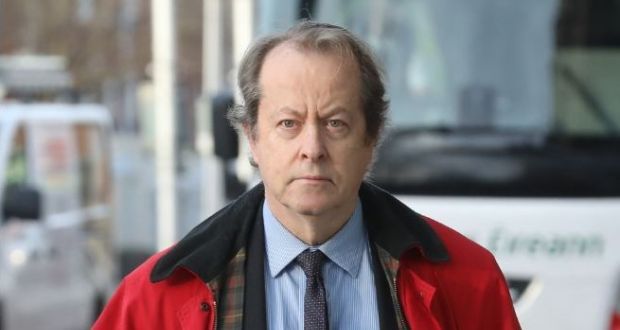 It is hard for judges to view bank records “without suspicion”, given recent banking scandals, and any judge who knowingly and uncritically favours banks in litigation “should resign”, the Master of the High Court has said.

Master Edmund Honohan made the comments on Friday when dismissing a fund’s uncontested application to enter final judgment against a woman for about €944,550, including interest.

The woman did not appear in the Master’s court and was not represented.

In his written decision, the Master stressed “any” outcome in the Master’s court “is ‘check’ and not ‘checkmate’” and not final unless a plaintiff so chooses.

He observed that, following two recent Supreme Court judgments, “it is going to be more difficult for a vulture fund to get summary judgment, even in an uncontested case”.

In an appendix to his decision, he set out a “checklist” of 35 points for judges to address when dealing with uncontested summary judgment applications.

Having referred to several banking scandals, he said what is common to all of those is “the vehemence with which bank officials try to defend”.

“This is banking ‘culture’. It starts with bonuses and ends in disinformation,” he said. “The age of innocence is over. Bank’s affidavits have fallen from grace. They no longer enjoy any presumption of accuracy. Justice now requires scepticism,” he said.

That did not mean that a judge who critically examines banks’ affidavits is somehow prejudiced against banks. The converse applied, as failure to do so “suggests a prejudice against debtors”.

His decision concerned a judgment application by Feniton Property Finance, initiated in 2017 after it acquired various loans from Bank of Scotland in 2015.

The application is among several hundred concerning debts which were before the Master prior to the issuing last January of a practice direction by the President of the High Court, Mr Justice Peter Kelly, removing debt cases from the Master and assigning them directly to a High Court judge.

From Monday next, Mr Justice David Barniville will deal with such cases but the Master will continue to deal with debt cases initiated before the direction.

In the Feniton decision, the Master found the fund had not provided sufficient evidence in support of its claim that the sum sought was due and owing, and there was also a “problem” with its interest calculations.

The relevant loan conditions allowed the lender “charge interest on all unpaid instalments at the prevailing rate applicable to this loan, plus 0.5 per cent per month until payment”, he noted. Feniton apparently decided to bill the defendant with 6 per cent of the entire alleged balance due on the date of its purchase of the Bank of Scotland loan in November 2015, not just on unpaid instalments, he said.

The 6 per cent penalty rate does not apply to the unpaid principal of €380,000 only due and owing after termination and demand for full loan repayment, he said.

All this meant an assertion by a director of Feniton as to the sum due and owing “is not correct”.

Uncontested applications for liberty to enter final judgment are within the Master’s jurisdiction and, having conducted the “nuanced analysis” of the fund’s proofs required by the Supreme Court, he was dismissing the fund’s application.

Noting there were now more claims for judgment by assignees of original lenders than by the original lenders, he said an assignee plaintiff cannot lay claim to the “same historically uncritical acceptance of accounts statements and business records as a bank” as they have “bought an IOU”.

“Vulture fund plaintiffs need not come to court expecting the judge to rubber-stamp the IOUs,” he said. “They may not be worth the paper they’re written on.”

It is “not correct” that, just because an assignee can apply to be substituted as plaintiff, that their title or ownership of the debt has been accepted by the court. “Vulture-fund cases need detailed examination.”

The fact that Feniton had claimed the sum of €944,550.52 and interest is due and owing by the defendant “is not, of itself, evidence that that sum, or any sum, is due as alleged”.

The evidence is that a director of Feniton swears the sum is due and owing but the material provided meant Feniton’s evidence of purchase of the defendant’s loans from Bank of Scotland is “effectively uncorroborated”, he said.

There is no legal basis for the courts’ “special regard” for bank records, Mr Honohan said. “In fact, given recent banking scandals, it is hard for judges to view any bank records without suspicion,” he added.

Judges “are not brain-dead” and any judge who thinks banks should be accommodated by an uncritical court “should think again”.