Judge reveals €17,000 tracker overcharging ‘to give heart to others’

Judge reveals €17,000 tracker overcharging ‘to give heart to others’

A district court judge has likened the tracker mortgage scandal to “bank robberies” and revealed that he, too, was overcharged by his bank to the tune of €17,000.

Judge James McNulty also urged the thousands of other customers affected to get help in seeking justice for what they have suffered.

He said that if banks enjoy “the privilege of a banking licence from this State, then there is a duty on the bank to conduct all its business ethically”.

Judge McNulty, who sits in the West Cork court district, revealed that, a few years ago, he sought clarity from a bank on the standard variable rates of interest charged to his account prior to clearing the loan on a property he sold.

Judge McNulty told the Irish Examiner he found it difficult to obtain an answer to his query, despite persistent letters. Eventually, he had a meeting with the bank’s regional manager. 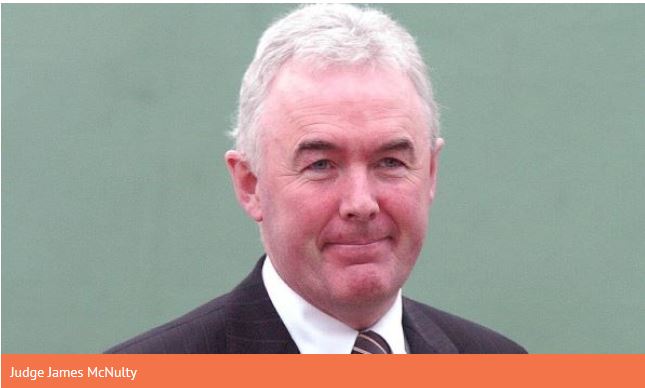 He said he was told by the manager it would appear he had been overcharged by approximately €17,000, but it could be more or less.

“But they were unable to confirm either overcharging, or the amount involved,” Judge McNulty said. “They hadn’t fully ascertained. They hadn’t the resources to do so, I was told.”

At a subsequent meeting, Judge McNulty told the bank he had arranged a consultation with a litigation solicitor.

“I indicated that I was inviting them to make a proposal for restitution and to avoid litigation,” he said. “I told them that given their admission, my entitlement to compensation for breach of contract and their liability for my costs would begin on seeing the solicitor.

“Prior to my meeting my solicitor, and still apparently unsure about whether they had, in fact, overcharged me, or by how much, the bank wrote off €18,000 and the debt figure quoted to me and paid by me was reduced by €18,000.

“The bank asked me to sign a confidentiality agreement, to keep it quiet for them, I presume. I declined. I had done nothing wrong and had nothing to hide.

“I reserved my rights. So I am free to tell my story. Listening to four brave souls who shed their anonymity in Dáil Éireann last week has prompted me to shed mine.”

He said he chose to share his experience “to give heart and encouragement to those who are suffering at the hands of these banks”.

“There is no shame. You are not alone. Do not be afraid. Be brave,” said Judge McNulty.

“You may need professional assistance. In addition to Flac, Mabs, IMHO, Phoenix, and Abhaile, there are many very fine lawyers out there who are noble and brave, and who are motivated by the pursuit of justice, by the public interest, and the defence of citizens against big corporations, who will often work on a pro bono/no fees basis.”

Judge McNulty also said those considering civil claims against the bank should act in time to ensure that the window of opportunity in which they can take a case does not close before legal action is taken.

“It would add insult to injury if those who caused harm to others, through prolonged stress inflicted, knowingly or negligently, should escape civil liability because of delays which they have insidiously engineered,” he said.