By Josh Gerstein, published on Politico, on December 19, 2016 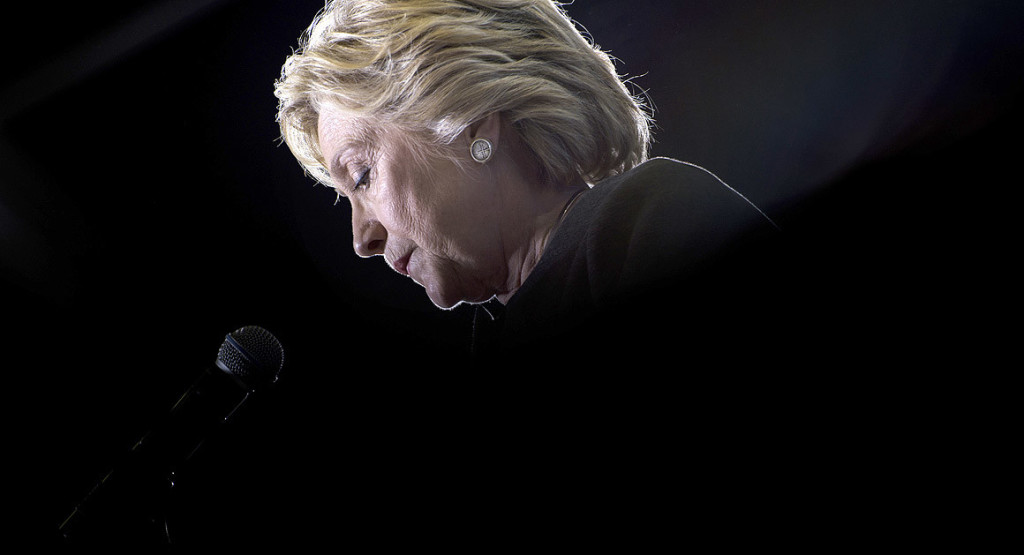 In the weeks since Hillary Clinton’s unexpected loss, she and her campaign aides have argued
that James Comey’s initial letter putting her back under suspicion and the later letter effectively
clearing her led to a fall-off in support that cost her the election. | Getty

A federal judge has ordered the unsealing of a search warrant that played a role in the controversial public renewal of the investigation into former Secretary of State Hillary Clinton’s email just before the presidential election.

The warrant was issued by a federal magistrate in late October, after the FBI requested permission to search emails contained on a laptop belonging to Anthony Weiner, the estranged husband of Clinton aide Huma Abedin. The FBI discovered the Clinton-related emails after initially seizing the laptop during a probe over Weiner’s alleged sexually explicit online exchanges with a minor.

U.S. District Court Judge P. Kevin Castel issued an order Monday that the warrant linked to the Clinton probe and related records be unsealed at noon Tuesday, unless a higher court steps in. The judge acted after E. Randal Schoenberg, a California lawyer who mainly investigates art thefts, filed a suit seeking to force unsealing of the files.

The records to be unsealed will show how the FBI framed its arguments for the search warrant to access the emails. An affidavit submitted when seeking the warrant could reflect what the FBI told the magistrate involved about how likely the emails were to contain evidence of a crime.

On Oct. 28, FBI Director James Comey sent Congress a letter advising lawmakers that new evidence had emerged in the Clinton probe and was being reviewed. On Nov. 6, two days before the election, Comey sent a follow-up letter saying the evidence had not changed the FBI’s conclusion that no prosecution of Clinton was warranted in the case.

In the weeks since Clinton’s unexpected loss, she and her campaign aides have argued that Comey’s initial letter putting her back under suspicion and the later letter effectively clearing her led to a fall-off in support that cost her the election.

Justice Department prosecutors initially opposed the unsealing, but they agreed in a sealed submission last week that much of the information could be made public with redactions about an unnamed person, who appears to be Weiner.

Castel said that information in the documents referencing another person should also be deleted due to that person’s “strong privacy interest in keeping his or her identity secret.” That person, called “Subject 2” in the public paperwork, may be Abedin.

“The judicial determination whether to grant a search warrant, and thus allow the government to enter and search private property, directly affects individuals’ substantive rights,” wrote Castel, an appointee of President George W. Bush. “Documents that a court relies on in making this determination, such as affidavits, directly affect the court’s adjudication of those rights. … The common law presumption of access to the search warrant and related materials sought by this applicant is thus entitled to great weight.”

Prosecutors also asked the judge to delete the names of FBI agents involved in the Clinton email probe, citing their work in national security and counterintelligence investigations. Castel agreed to redact those names “at this stage,” but he called that “a somewhat close question.”

“The government has a strong interest in not compromising the activities of agents working in these sensitive areas,” the judge wrote.