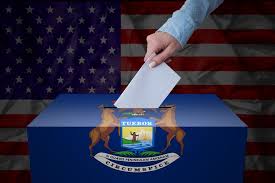 LANSING — A Michigan judge has ordered the release of a report on Antrim County voting equipment after state and county officials withdrew objections, saying the plaintiff’s attorney had already publicly released his version of the findings in any case.

Assistant Attorney General Erik Grill said the report, which is expected to be released Monday morning, is “inaccurate, incomplete and misleading.”

Judge Kevin Elsenheimer of the 13th Circuit Court had ordered “forensic imaging” of the Dominion Voting Systems voting tabulators and related software after Antrim County resident William Bailey filed a lawsuit that challenged the integrity of the election equipment, citing errors in how the county initially reported its unofficial results.

Elsenheimer, a former Republican lawmaker, did not base his order on unofficial results that showed Democrat Joe Biden got more votes than Republican President Donald Trump in the solidly GOP county — a mistake both county and state officials have attributed to an error the Republican clerk made when updating ballot information. Instead, the judge cited a closely decided village proposal to allow a marijuana dispensary.

On Dec. 6, a team from Allied Security Operations Group, a Dallas-area firm that has worked with lawyers for Trump and his allies on cases challenging election results in battleground states, inspected the voting equipment at county offices. Based on concerns related to election security and proprietary information, Elsenheimer had placed a protective order over the findings, “restricting use, distribution or manipulation of the forensic images and/or other information gleaned ” without first getting his approval.

Elsenheimer said that report, signed by Russell Ramsland of ASOG, can now be released, once some references to software coding are redacted.

Ramsland, a cybersecurity analyst and former Republican congressional candidate who is identified in multiple media reports as an officer of ASOG, signed an inaccurate affidavit in at least one court case and gave flawed analyses of voter turnout in the Nov. 3 election. In one analysis, Ramsland confused voting districts in Minnesota with ones in Michigan.

Grill said Secretary of State Jocelyn Benson has withdrawn her objection to release of the report because Bailey’s attorney, Matthew DePerno, has already given media interviews in which he has said Benson lied and Antrim County’s official election results are wrong. Any attempt to suppress the report now would only incorrectly be seen as an attempted coverup, he said.

He questioned why DePerno even filed a motion about lifting the protective order since he was willing to give interviews based on the “inaccurate, incomplete and misleading” report while the order was still in place.

Michigan’s delegates to the Electoral College are scheduled to cast their ballots for Biden at 2 p.m. Monday.

Official results show Trump beat Biden in Antrim County by about 4,000 votes out of about 16,000 votes cast. Statewide, Biden beat Trump by more than 154,000 votes.