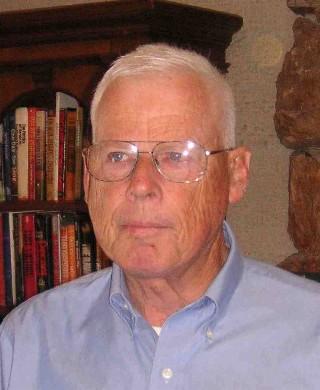 First thing I noticed right off was the ambient noise, supposed to be sounding like wind rushing against the aircraft. Like someone who didn’t know anything about ambient noise in a fighter jet was trying to make wind noise. There is no wind noise in a jet because the microphone is inside he oxygen mask which seals around your face and does not let any ambient noise in. When a pilot is talking there should be a very faint sound of him breathing. In this case there was not even the slightest breathing sound. It sounded like the pilots where reading from a script into a recorder on a kitchen table and they were using a home-type vacuum cleaner to simulate wind rushing outside the fighter. There were several interruptions in the pilot conversation which, if it was being recorded from the aircrafts audio system, there couldn’t be.

Then the pilots conversation using ‘dude’ and ‘bro’ is not Navy jargon. Fighter pilots talk in short, clipped sentences. No extraneous comments. Then the one pilot says something like “The wind is out of 120 degrees at 20 knots” or something like that. Why would he bother to tell the other pilot that information? The other pilot has that information on his HUD (Heads Up Display) Maybe because the other pilot can’t read? Not. Thats a stupid remark to put in the script.

Then the attitude reference, presented to the pilot by the HUD (Heads Up Display) which allows the pilot to see attitude, altitude, airspeed and other vital information while simultaneously looking directly outside and showing him a point of reference to aim at. There are 2 little vertical lines that tell the pilot exactly where he is aiming. Down to the left on this HUD is the airspeed, in this case 238 knots. So if he is going 238 knots how come the UFO isn’t getting any closer? The attitude reference (on the HUD) shows he is in a 20 degree left bank. So if he is turning how can the alleged UFO stay in the exact center of the HUD? The UFO would have to to be matching the jets exact rate of turn to stay in the center of the HUD. That means whoever drew the UFO or penciled it in somehow didn’t know how the HUD or the aircraft point of reference worked. That UFO should have been making changes left and right, up and down as the pilot attempted to keep it in the center but the alleged UFO didn’t move like that.

Then the clouds were simulated. They were of a stratocumulus type and their shape was uniform throughout the turn. Unless there is a storm in progress (which there isn’t) clouds, if there are clouds, should have been of the stratus type simply because the underlying sea does not have varying degrees of temperature to make a stratocumulus as shown in the video. The clouds over the Pacific could not have been the stratocumulous type as shown in the video. The uniformity of the clouds throughout the turn indicates to me that this video may have been filmed in a flight simulator which does have that uniformity simply because it would be unnecessary added expense to the background presentation. I have thousands of hours in all types of simulators and I know how they work and how they are built.

If this fake video cost more than $6.32 somebody got robbed. The alleged UFO looks like it was penciled, inked or dubbed in. They should have used the latest Hollywood tech and made it look like a real UFO. The alleged ‘aura’ surrounding the fake UFO was simply pitiful. It doesn’t change contrast or density with he alleged UFO movement.

But apparently, whoever was commissioned to make the fake video didn’t have the money for a real professional job which would have cost hundreds of thousands of dollars. This is why current space age movies cost hundreds of millions of dollars to make. They can’t afford for audiences to say “They sure didn’t do a very good job faking that alien spaceship”. If you are going to present a fake video to the public you better be damn sure it takes advantage of and represents the current state of technology.

Look at 911, there is still a large percentage of the public who believe those airplanes allegedly crashing into the World Trade Center were real. Nope. They were holograms. And that has been 16 years ago.

It is my opinion that Reid had delusions of inserting himself into the public mindset as Mr. Disclosure. And attempted to do it with $22 million.

Harry knew full well that MJ-12 would never divulge anything that they had spent hundreds of billions of dollars and 70 years covering up and he felt he could just step in and be the Disclosure Hero for $22 million dollars.

The Pentagon was willing to go along with this because they didn’t want disclosure anymore than MJ-12 did and by letting Reid pretend he was Mr. Disclosure would insure another 70 years of cover-up. And they knew that Reid would do exactly what they told him to do.

So there you go Ryan, a scientific analysis, just as you requested. Hope its what you wanted!