John Judge – Judge For Yourself on Truth of Ronald Reagan Shooting

John Judge – Judge For Yourself PART 1 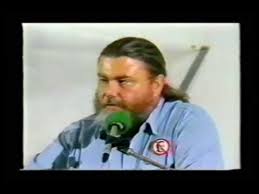 Classic and essential John Judge Footage! Apologies for the quality but the assets in content far outweigh any liabilities in production value. These are excerpts from an early 80’s joint production for a series of John Judge lectures here in Toronto by Toronto’s Rick Lines and Hans Burgschmidt [as I can recall – also where I first met John].
This remains absolutely essential viewing for any politically conscious adult.

John Judge is a co-founder of 911 CitizensWatch, a grassroots watchdog group demanding transparency and a thorough investigation by the National Commission on Terrorist Acts Upon the United States. John is also a co-founder of Committee for an Open Archives, Coalition on Political Assassinations (COPA), and Committee for High School Options and Information on Careers, Education and Self-Improvement (CHOICES), a group countering military recruitment in the schools and providing civilian alternatives. John is currently on the board of the Washington Peace Center and has been an activist opposing war, racism and militarism since the 1960s. John is an independent researcher and lecturer on political assassinations, covert operations, hidden history, and the rise of fascism in America, and is available as a speaker for presentations, forums, and media interviews.