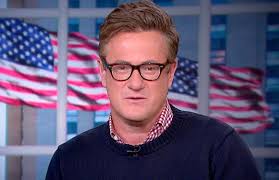 Joe Scarborough interpreted Hillary Clinton’s speech Thursday as one blaming fake news for her loss to Donald Trump, but the “Morning Joe” host is blaming something else: Hillary Clinton.

Clinton thinks fake news is “a danger that must be addressed” because “lives are at risk.” She said during her speech at an event for Harry Reid on Thursday that the spread of “false propaganda” impacts both Democrats and Republicans.

“It’s now clear that so-called fake news can have real world consequences. This isn’t about politics or partisanship. Lives are at risk,” Clinton said. “It’s a danger that must be addressed, and addressed quickly.”

It’s unclear if Clinton was referring to the election or to the recent Comet Ping Pong gunman, who was arrested and charged with assault with a dangerous weapon, telling police he had come to the restaurant to “self-investigate” the fake news item referred to as #PizzaGate.

Scarborough felt she was suggesting fake news contributed to her loss to Trump.

“It wasn’t fake news,” he said. “It’s something much, much bigger.”

The phenomenon of fake news, while not new, has become a major problem in media recently with everyone from Facebook CEO Mark Zuckerberg to CBS anchor Scott Pelley speaking out against it. Monday afternoon White House press secretary Josh Earnest said, “It’s deeply troubling that some of those false reports could lead to violence.”

Watch the video above.