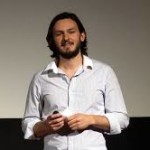 This talk was given at a local TEDx event, produced independently of the TED Conferences. Is it possible for everyone on Earth to have food and shelter, and not have to work just to survive? Why do we fear change? In this talk, Joe Martino explores the nature and mechanisms of change on planet Earth.

Following in the footsteps of some of the greatest Americans, Joe Martino has proven that choosing to do what you love brings about inspiring life changes. After dropping out of college Martino founded Collective Evolution (CE), an alternative online media outlet that has carried the message of change to countless citizens of the world; Collective Evolution has also produced three feature-length documentaries.