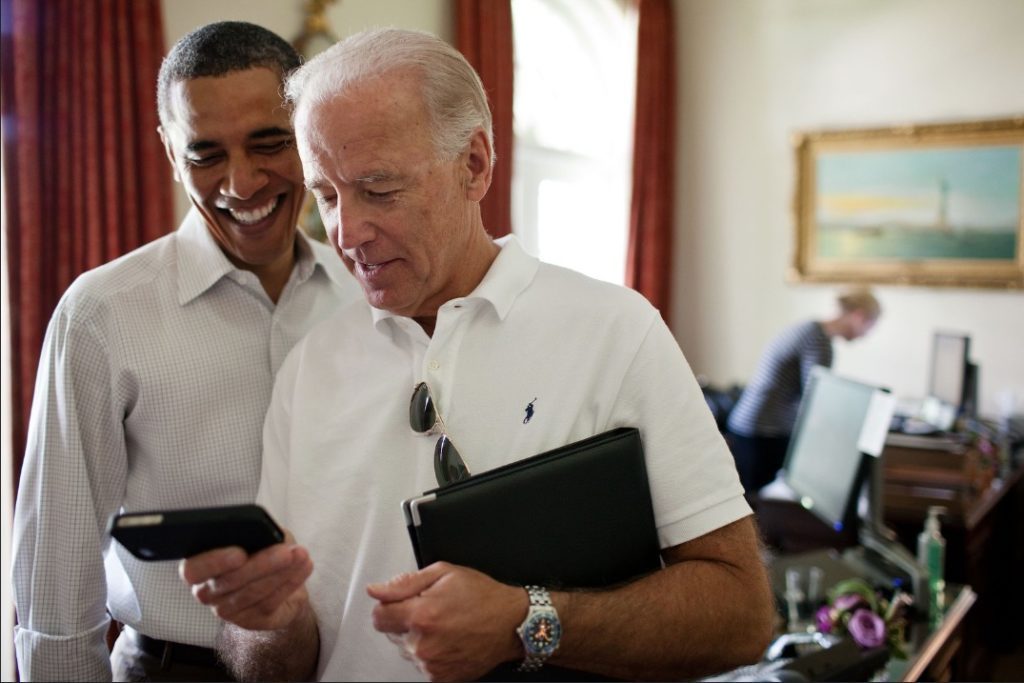 
The memo by Biden campaign aides Kate Bedingfield and Tony Blinken specifically warned reporters covering the impeachment trial they would be acting as “enablers of misinformation” if they repeated allegations that the former vice president forced the firing of Ukraine’s top prosecutor, who was investigating Burisma Holdings, where Hunter Biden worked as a highly compensated board member.

Biden’s memo argues there is no evidence that the former vice president’s or Hunter Biden’s conduct raised any concern, and that Prosecutor General Viktor Shokin’s investigation was “dormant” when the vice president forced the prosecutor to be fired in Ukraine.

The memo calls the allegation a “conspiracy theory”  (and, in full disclosure, blames my reporting for the allegations surfacing last year.)

But the memo omits critical impeachment testimony and other evidence that paint a far different portrait than Biden’s there’s-nothing-to-talk-about-here rebuttal.

Here are the facts, with links to public evidence, so you can decide for yourself.

It is irrefutable, and not a conspiracy theory, that Joe Biden bragged in this 2018 speech to a foreign policy group that he threatened in March 2016 to withhold $1 billion in U.S. aid to Kiev if then-Ukraine’s president Petro Poroshenko didn’t immediately fire Shokin.

“Well, son of a bitch, he got fired. And they put in place someone who was solid at the time,” Biden told the Council on Foreign Relations event.

Fact: Shokin’s prosecutors were actively investigating Burisma when he was fired.

While some news organizations cited by the Biden memo have reported the investigation was “dormant” in March 2016, official files released by the Ukrainian prosecutor general’s office, in fact, show there was substantial investigative activity in the weeks just before Joe Biden forced Shokin’s firing.

The corruption investigations into Burisma and its founder began in 2014. Around the same time, Hunter Biden and his U.S. business partner Devon Archer were added to Burisma’s board, and their Rosemont Seneca Bohais firm began receiving regular $166,666 monthly payments, which totaled nearly $2 million a year. Both banks records seized by the FBI in America and Burisma’s own ledgers in Ukraine confirm these payments.

To put the payments in perspective, the annual amounts paid by Burisma to Hunter Biden’s and Devon Archer’s Rosemont Seneca Bohais firm were 30 times the average median annual household income for everyday Americans.

For a period of time in 2015, those investigations were stalled as Ukraine was standing up a new FBI-like law enforcement agency known as the National Anti-Corruption Bureau ((NABU) to investigate endemic corruption in the former Soviet republic.

There was friction between NABU and the prosecutor general’s office for a while. And then in September 2015, then-U.S. Ambassador to Ukraine Geoffrey Pyatt demanded more action in the Burisma investigation. You can read his speech here. Activity ramped up extensively soon after.

In December 2015, the prosecutor’s files show, Shokin’s office transferred the evidence it had gathered against Burisma to NABU for investigation.

In early February 2016, Shokin’s office secured a court order allowing prosecutors to re-seize some of the Burisma founder’s property, including his home and luxury car, as part of the ongoing probe.

Shokin told both me and ABC News that just before he was fired under pressure from Joe Biden he also was making plans to interview Hunter Biden in the 2016 election.

Fact: Burisma’s lawyers in 2016 were pressing U.S. and Ukrainian authorities to end the corruption investigations.

Burisma’s main U.S. lawyer John Buretta acknowledged in this February 2017 interview with a Ukraine newspaper that the company remained under investigation in 2016, until he negotiated for one case to be dismissed and the other to be settled by payment of a large tax penalty.

Documents released under an open records lawsuit show Burisma legal team was pressuring the State Department in February 2016 to end the corruption allegations against the gas firm and specifically invoked Hunter Biden’s name as part of the campaign. You can read those documents here.

In addition, immediately after Joe Biden succeeded in getting Shokin ousted, Burisma’s lawyers sought to meet with his successor as chief prosecutor to settle the case. Here is the Ukrainian prosecutors’ summary memo of one of their meetings with the firm’s lawyers.

Fact: There is substantial evidence Joe Biden and his office knew about the Burisma probe and his son’s role as a board member.

The New York Times reported in this December 2015 article that the Burisma investigation was ongoing and Hunter Biden’s role in the company was undercutting Joe Biden’s push to fight Ukrainian corruption. The article quoted the vice president’s office.

In addition, Hunter Biden acknowledged in this interview he had discussed his Burisma job with his father on one occasion and that his father responded by saying he hoped the younger Biden knew what he was doing.

And when America’s new ambassador to Ukraine was being confirmed in 2016 before the Senate she was specifically advised to refer questions about Hunter Biden, Burisma and the probe to Joe Biden’s VP office, according to these State Department documents.

Office of Government Ethics rules require all government officials to recuse themselves from any policy actions that could impact a close relative or cause a reasonable person to see the appearance of a conflict of interest or question their impartiality.

“The impartiality rule requires an employee to consider appearance concerns before participating in a particular matter if someone close to the employee is involved as a party to the matter,” these rules state. “This requirement to refrain from participating (or recuse) is designed to avoid the appearance of favoritism in government decision-making.”

Fact: Multiple State Department officials testified the Bidens’ dealings in Ukraine created the appearance of a conflict of interest.

In House impeachment testimony, Obama-era State Department officials declared the juxtaposition of Joe Biden overseeing Ukraine policy, including the anti-corruption efforts, at the same his son Hunter worked for a Ukraine gas firm under corruption investigation created the appearance of a conflict of interest.

In fact, deputy assistant secretary George Kent said he was so concerned by Burisma’s corrupt reputation that he blocked a project the State Department had with Burisma and tried to warn Joe Biden’s office about the concerns about an apparent conflict of interest.

Likewise, the House Democrats’ star impeachment witness, former U.S. Ambassador Marie Yovanovich, agreed the Bidens’ role in Ukraine created an ethic issue. “I think that it could raise the appearance of a conflict of interest,” she testified. You can read her testimony here.

Fact: Hunter Biden acknowleged he may have gotten his Burisma job solely because of his last name.

In this interview last summer, Hunter Biden said it might have been a “mistake” to serve on the Burisma board and that it was possible he was hired simply because of his proximity to the vice president.

“If your last name wasn’t Biden, do you think you would’ve been asked to be on the board of Burisma?,” a reporter asked.

“I don’t know. I don’t know. Probably not, in retrospect,” Hunter Biden answered. “But that’s — you know — I don’t think that there’s a lot of things that would have happened in my life if my last name wasn’t Biden.”

This may be the single biggest under-reported fact in the impeachment scandal: four months before Trump and Zelensky had their infamous phone call, Ukraine law enforcement officials officially reopened their investigation into Burisma and its founder.

The effort began independent of Trump or his lawyer Rudy Giuliani’s legal work. In fact, it was NABU – the very agency Joe Biden and the Obama administration helped start – that recommended in February 2019 to reopen the probe.

NABU director Artem Sytnyk made this announcement that he was recommending a new notice of suspicion be opened to launch the case against Burisma and its founder because of new evidence uncovered by detectives.

And Reuters recently quoted Ukrainian officials as saying the ongoing probe was expanded to allegations of theft of public funds.

The implications of this timetable are significant to the Trump impeachment trial because the president couldn’t have pressure Ukraine to re-open the investigation in July 2019 when Kiev had already done so on its own, months earlier.

For a complete timeline of all the key events in the Ukraine scandal, you can click here.