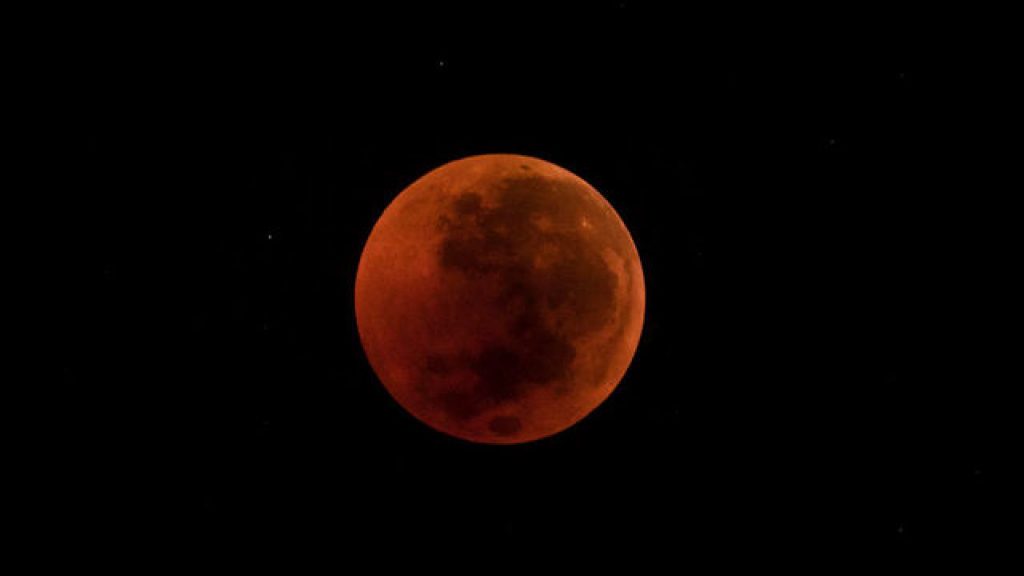 The full moon of January, called the Wolf Moon, will occur in the U.S. just after midnight on the night of January 20-21, and viewers in the Americas, northwestern Europe and even the Arctic will be treated to a lunar eclipse.The moon becomes officially full for observers on the East Coast of the U.S. on Jan. 21st at 12:16 a.m. Eastern Standard Time, according to NASA’s SkyCal. Moonrise is at 4:32 p.m. the evening of Jan. 20 and moonset is the next morning at 7:36 a.m., according to the U.S. Naval Observatory. The moon will be in the constellation Aquarius, and rises about 27 minutes before sunset (which happens at 4:59 p.m., per the USNO).

The full moon of January, called the Wolf Moon, will occur in the U.S. just after midnight on the night of January 20-21, and viewers in the Americas, northwestern Europe and even the Arctic will be treated to a lunar eclipse.

The moon becomes officially full for observers on the East Coast of the U.S. on Jan. 21st at 12:16 a.m. Eastern Standard Time, according to NASA’s SkyCal. Moonrise is at 4:32 p.m. the evening of Jan. 20 and moonset is the next morning at 7:36 a.m., according to the U.S. Naval Observatory. The moon will be in the constellation Aquarius, and rises about 27 minutes before sunset (which happens at 4:59 p.m., per the USNO).

The full moon happens because the moon is exactly on the opposite side of the Earth from the sun. Most of the time the moon looks illuminated because we see the sun’s light reflected off it. But once in a while the moon’s orbit carries it within the shadow of the Earth. This doesn’t happen every month because the moon’s orbit is tilted five degrees with respect to the plane of the Earth’s orbit, so the Earth’s shadow usually “misses” the moon. This month, however, the moon will fall into the shadow and be eclipsed. [Super Blood Moon Total Lunar Eclipse: Complete Guide]

According to timeanddate.com, the lunar eclipse actually starts on the evening of Jan. 20th 9:36 p.m. Eastern Time. That’s when the moon enters the Earth’s penumbra, the light shadow that surrounds the umbra, the darker shadow that actually obscures the moon. The penumbral shadow is hard to see – most observers don’t even notice it, except perhaps as a slight change in the quality of the light of the moon. At 10:33 p.m. Eastern the moon touches the umbra, the shadow that makes the moon look dark. At first the moon will look as though a “bite” has been taken out of it, and the edge of the shadow can look a bit fuzzy. But as the evening progresses more of the moon will be obscured.

By 11:41 p.m. (per timeanddate.com) the moon will be fully within the Earth’s umbral shadow and start to look red. The red color is because the light from the sun passes through the Earth’s atmosphere, and is scattered. Longer wavelengths are red, and those are the ones that tend to get through the atmosphere; shorter wavelengths (the yellow, green, blue and violet) tend to be scattered more. (If a person were standing on the moon, she would see a solar eclipse, and the Earth surrounded by a reddish-orange halo). This is when the total eclipse begins, and it will last for about 61 minutes; maximum eclipse, when the moon is deepest in the shadow of the Earth, will be at 12:12 a.m., just a few minutes before the official full moon.

For observers in Europe, the entire eclipse will be visible if one is in the British Isles, Portugal, Norway, much of Sweden, the northern half of Finland, or western Spain. The eclipse will start later in the night, in the wee hours of Jan. 21. In Lisbon, for example, the moon touches the umbra at 3:33 a.m. and will start to look red at 4:41 a.m., maximum eclipse is at 5:12 a.m. and the moon will emerge from the umbra at 6:50 a.m. Sunrise, meanwhile, is at 7:51 a.m. per the USNO. As one moves east, the moon will set before the penumbral part of the eclipse ends. For example, in Paris, the moon sets at 8:46 a.m. local time on Jan. 21, and the penumbral eclipse will end at 8:48; but observers there will be able to see the more visible and spectacular umbral shadow in its entirety – the moon enters the Earth’s darker shadow at 4:33 a.m. local time, and emerges at 7:50 a.m.

For those in the western reaches of the U.S., the eclipse starts relatively early in the evening and ends just after midnight. In Los Angeles, for example, the moon starts to look dark on Jan. 20 at 7:33 p.m. local time and emerges from the umbra at 10:50 p.m. The only part of the U.S. that won’t get to see the entire umbral phase is Hawaii – the moon turns red at about 5:33 p.m. local time and will still be below the horizon. On the other hand Hawaii observers will see the moon rise at 6:07 p.m., already deep in the Earth’s shadow. Maximum eclipse will be at 7:12 p.m., and the moon will be a deep red. The eclipse’s umbral phase ends at 8:50 p.m.

Lunar eclipses are called blood moons, because of their reddish color. Many cultures had myths of some creature temporarily swallowing the moon; Incan peoples saw the moon as being devoured by a jaguar, while the Norse saw eclipses as manifesting wolves chasing the sun and moon across the sky, and temporarily devouring them.

Aside from eclipses, the January full moon is often called the Wolf Moon, according to the Old Farmer’s Almanac, and may date back to Native American tribes and early Colonial times when wolves would howl outside villages.

According to the Ontario Native Literacy Project, the Ojibwe (or Aanishnabeg) peoples called it Mnido Giizis, the Spirit Moon, marking a time of prayer and contemplation. The Cree called it the Opawahcikanasis, or frost exploding moon, as the trees would make a crackling sound because of the extreme cold.

The Tlingit of the Pacific Northwest call the January full moon T’awaak Dís, or Goose Moon, while the Haida called it Táan Kungáay, or “Bear hunting moon,” according to the Tlingit Moon and Tide Teaching Resource published by the University of Alaska at Fairbanks.

In the southern hemisphere, December is during the summer, and the Māori of New Zealand described the lunar months in November to December as Hakihea or “birds are now sitting in their nests,” according to the Encyclopedia of New Zealand.

In China, the traditional lunar calendar calls the December lunation the 11th month. Called Dōngyuè , Winter month, it marks the winter solstice. (The month actually begins on Dec. 6, because the lunar and solar calendars fall out of sync).

Editor’s note: If you snap an awesome photo of the moon that you’d like to share with Space.com and our news partners for a potential story or gallery, send images and comments in to spacephotos@space.com.