by James Gilliland, published in Eceti Newsletter, on October 12, 2017

Has anyone connected the dots? Vegas is referred to as Sin City. Hollywood fits into the same category. We can’t ignore politics and many of the agencies connected to positions of power. If you want to know who is at the top of the food chain – follow the money. Who owns the better part of Hollywood and Vegas?

There are forces at play – seen and unseen – in all of these venues. Predators, pedophiles, Satanists, psychopaths, a network of some very twisted power-hungry people. In their eyes the ultimate power is total domination. This includes the power over life and death and in some cases ritual sacrifice to appease Satan, Lucifer, Baphomet, or some other dark deity. If you ask these poor demented souls why they would inflict so much pain and suffering on others – which includes innocent children – they will tell you their God demands it, it makes him (in some cases her) very happy. You cannot ignore the unseen evil influences that inspire such inhuman acts. 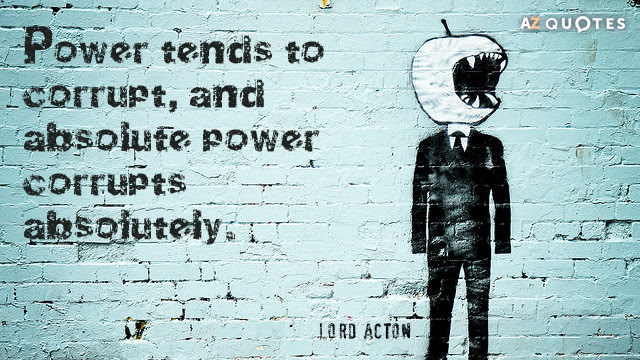 Another way to say “draining the swamp” could be “draining the lower 4th dimension” where most of these unseen evil entities reside.
This is well underway.

What you are seeing is just how corrupt and deviant people in positions of power have become….

I am writing this newsletter in hopes we can avoid the ultimate sacrifice these deviant souls are planning and that is World War 3. Sound insane? It is. The ultimate wag the dog. These are not sane people and their overlords have no respect for life, in fact they are at war with all creation. Even if it means sacrificing themselves or their families. These are psychopaths, soulless humans directed by entities that feed off the pain, suffering, and destruction.

In the Vegas Mass Shooting, consider this:

Why did the major CEOs sell off their stocks a few days before the event?

They can buy them back at ten cents on the dollar. Why was the staff on the 32nd floor where the “gunman” took refuge told not to come to work? Before the shooting. Now the second shooter turns out to be Jesus Campos the very security guard wounded and proclaimed as a hero. The staff were all called in to a meeting before the event began. There are two more shooters to come – wonder when they will give them up.

There was ten minutes of shooting with a break in between. 600+ wounded, 60 per minute, one person every second again not including the time to reload and the pause. A standard AR will fail at that rate due to metal fatigue. There were no drums or belts found necessary to sustain bursts of 85 rounds as recorded in the audio which also clearly establishes multiple shooters. Where were all the casings? The police scanners clearly described multiple shooters. The lights were turned on making the targets easier to hit yet even so the extreme distance, darkness, and accuracy is an impossible feat without multiple shooters. Shooters at close range.

Now when you understand false flags you will find this event fits the scenario perfectly. 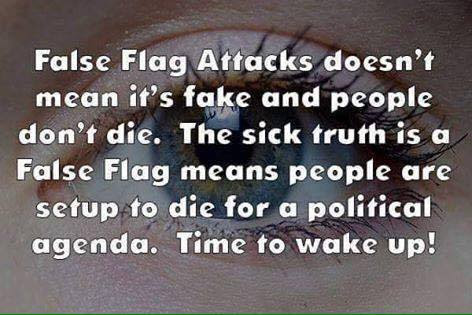 “The term ‘false flag’ originally referred to pirate ships that flew flags of the home countries of the ships they were approaching to attack and board. The pirates used the false flag as a disguise to prevent their victims from fleeing or preparing for battle.

The term today extends beyond naval encounters to include countries that organize attacks on themselves and make the attacks appear to be by enemy nations or terrorists, thus giving the nation that was supposedly attacked a pretext for domestic repression and foreign military aggression.”

Or more succinctly put: events where one country would take the flag of another and use it attack their own people to rile them up against another country to go to war.

The way to find out who is behind the false flag is to ask who benefits, who provides the solution? Problem, reaction, solution are the control mechanisms to enslave the masses.

Who owns 50% of the stock in most of these casinos? Who stands to gain with new increased security measures selling more back scanners and metal detectors? Who wants to turn America into a police state and disarm the people?

911 brought us the Patriot Act written before the event. It brought us endless wars with countries having no ties whatsoever to the event. Bin Laden was in Afghanistan, he and Saddam Hussein were enemies. The supposed terrorists that carried out the attacks at the Twin Towers were from Saudi Arabia according to passports yet in truth it was an inside job. The weapons of mass destruction never existed. Yet all the agencies and the news kept pushing the lie that Saddam Hussein was responsible. This resulted in the deaths of millions, many of which were US soldiers, a loss of personal freedom and privacy. The very things they were fighting for. 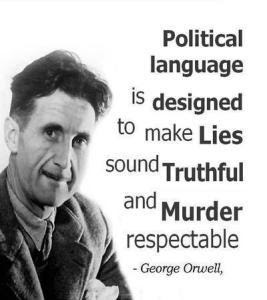 Who cashed in on this event? Why was the insurance on the twin towers tripled right before 911? Again, follow the money. Does the name Silverstein ring a bell? The guy who owned the buildings who said pull the buildings. How can you pull a building (which is a term demolition crews use) unless you already set explosives? Building 7 fell in its own footprint as did the twin towers with no resistance. This can only occur if you blow out the steel supports. A plane cannot take down a steel building, end of story.

So now we have Obummer funding and arming Isis and running guns to the Mexican cartel. Hillary is up to her neck as well, Benghazi is also tied into an arms sale gone bad, there is pay to play politics, extreme corruption with the Clinton Foundation, destruction of evidence on the grandest of scales, a long chain of murders and absolutely no accountability. This is not just the fallen demoncrats. John McCain was also videotaped meeting with top Isis leaders in what seemed to be on a regular basis. Where is law enforcement, the justice system? You have actors and musicians coming out in support of these despicable politicians and billionaires why? Because they are all part of the same network. Then there is Harvey Weinstein. An extreme Hollywood predator billionaire they all rubbed elbows with putting any doubt to rest of the extreme double standards and extreme lack of moral ethics. Finally, after enough pressure Hillary denounces him. Has she ever denounced Bill? Was she quick to demonize the NRA and go for the gun grab?

There are those who make fun of Trump when he says we need to drain the swamp. You want to know who the swamp is. The very people attacking your president with false accusations, double standards, trying to create a diversion from their own despicable deeds. Everything they accuse him of they themselves are guilty of. The ones pointing the finger and screaming the loudest are the ones with the most to lose when the swamp gets drained.

They might as well just say “I am a pedophile, a sexual predator and love Satan”. It is standard modus operandi accuse the others of what you are doing. Then get the compromised press to run with it. The problem is people are waking up. I also have my concerns with some of the people Trump has chosen to rub elbows with, another story in itself. I hope it is a case of keep your friends close and your enemies closer. This leads us back to Las Vegas. Look at the target. These are people who want the swamp to be drained. People who want a government by and for the people. A government that abides by the Constitution and the Bill of Rights a thorn in the globalists ass.

People who want a government by and for the people. A government that abides by the Constitution and the Bill of Rights – a thorn in the globalists ass.

Unfortunately, the very people that claim injustice and divide the people against themselves against a tyrannical system are the tyrannical system. Open Borders, Black Lives Matter, Antifa all are funded by George Soros. An admitted Nazi billionaire with a long history of discrimination and a traitor to his own Jewish people. He smiled and revealed in the fact that he went door to door with his Nazi handler and ratted out his own people. Do you really think he sees Blacks or African Americans to be politically correct, as equal? Do they matter other than being a means to an end? Antifa is against NAZIs and fascism but their leader and main funder is a Nazi and they resort to fascist methods. He even stiffed them by not paying them for disrupting political events often leading to violence. Open Borders is just another means to an end, a way to topple countries, destroy their way of life and economy so he can profit at their expense. None of these groups are fighting against tyranny they have been duped into fighting for tyranny. A formidable force that uses their own oppression in the past against them to carry out their own dark agendas. Nothing is as it seems. 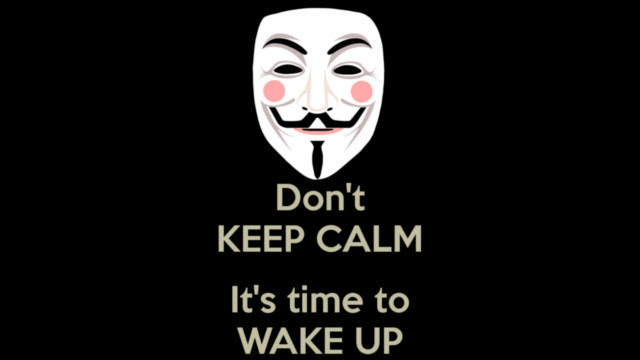 There is a way to make sense of it all. Know the goals of the Cabal, know how the network works and who are the main players. Educate yourselves as to the nature of the beast. Know there is also an unseen evil at play.

If you want to stand for something stand for Universal Law. Universal Peace, Brother/Sisterly Love, Individual Freedom, and Prosperity for All. Most of which is within the Constitution and Bill of Rights.

The true Republic. Yes, we need to acknowledge and make restitution for past injustices but right now the restoration of the true Republic, the Constitution and Bill of Rights is the best option, the best path towards Universal Law. These were doctrines written to end the tyranny, they have been usurped, marginalized, virtually ignored by the global elite which owns the network including the just us department.
These divinely inspired documents, the foundation of America are the tools to drain the swamp. Yet tools do nothing without the educated use of them.

One day we will all live the dream expressed by Martin Luther King. He was the voice of the future. It is our destiny to Unite as one people, one planet and join the rest of the universe in peace. Not under the leadership of the Cabal but under the leadership of people chosen due to their spiritual awareness and history of service to humanity and the Earth.

How long that takes is up to us 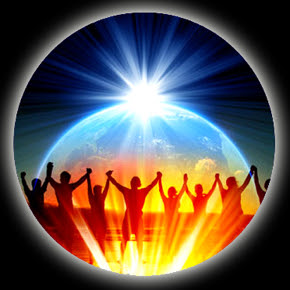