Ivanka Trump has vowed that her father, President Trump, will do everything within his power, using the “full force and weight” of his administration, to drive the elite pedophiles out of the corridors of power in Washington D.C.

Brave Ivanka posted a photo to Twitter of herself in the Oval Office with President Trump and NGOs tasked with eradicating the stench of human trafficking and pedophilia from not just Washington D.C. but the whole country. 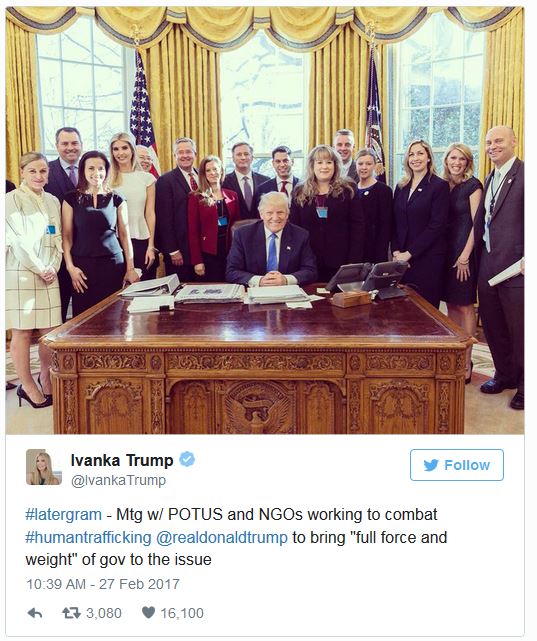 It has emerged that Ivanka Trump was responsible for the sudden Trump administration attention to pedophilia epidemic, with the president’s daughter urging her father to hold a listening session last week on domestic and international human trafficking and pedophilia.