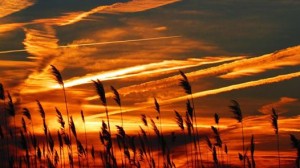 Link to the original Italian language website that published the statement from the Italian Senator:
http://www.agenparl.it/articoli/news/politica/20140327-scie-chimiche-scilipoti-chiede-l-abolizione-del-segreto-di-stato

Rodolfo Ragonesi, CEO of the Gaia Foundation,  is clearly a man of truly exceptional courage and focus. While nearly all of the environmental and science communities have remained criminally silent about the blatant and highly toxic climate engineering constantly occurring in skies around the globe, Ragonesi has taken a stand and is demanding answers. Rodolfo’s efforts to expose the truth in Malta are outlined in the link below.

Are the dominos of silence and stonewalling regarding  geoengineering beginning to fall? Yes, but time is not on our side. Every day the global spraying continues, the planet’s life support systems are forced toward the tipping point of total breakdown. Its up to all of us to stand and join this most critical battle to bring the climate engineering to light and to a halt. We all have a responsibility to stand with men like Rodofo who are playing such a critical role in the fight for the common good.

It appears that Mr. Roganesi’s efforts have now helped to trigger demands for disclosure now being made by Italian Senator Domenico Scilipoti as shown in the translated article below. 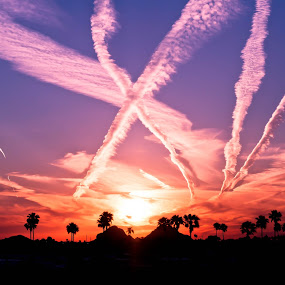 Rome, 27 March. To abolish the state secret on chemtrails.

This is being requested by Senator Domenico Scilipoti who had already carried out an interrogation on the matter in the last legislature.

Thus after the declassification of the testament of the confessed (Mr) Schiavone (note 1) that made it possible to identify the traffickers in waste in the land of fires, and the request to declassify the documents regarding the death of Hilary Alpi (Italian Journalist killed in Somalia in 1994, in connection with discovery of toxic waste), now the Senator of the party “Forza Italia” has turned to demand the abolition of the State Secrecy on chemtrails, hoping thereby to expose international intrigue carried out at the expense of the citizen.

In 2002 – he write – “Italy, through Vittorio Prodi, and the USA signed a bilateral agreement on climate research. In 2003 former Minister Martino authorised the USAF to fly over Italian airspace”. From that moment on, according to the “Forza Italia” Senator, our country would have been exposed to a high health risk to its citizens. The chemical trails left by aeroplanes in flight would have dispersed heavy metals in the air, provoking pollution in the rain causing damage to agriculture. Scilipoti has now requested the President of the Council (The Italian Prime Minister) to abolish the State Secret.

Note 1. In Italy there is a newly coined term “pentito” which refers to key persons in organised crime who turn state evidence and whose evidence becomes crucial in establishing a case and uncovering cover ups and intrigues. There is no proper word to translate it into English, but the literal translation is “confessed person”. The new culture of “pentiti”/informers in Italy in the last years has started to break the back of the mafia and expose not only mafia gangsters who were protected by long years of mafia secrecy within the mafia organisations (omerta’ – silence, on pain of death), but also their political allies.

Note 2. link to article on the campaign in Italy to declassify state secrets and classified documents (desecretazione) in relation to the journalist Ilaria Alpi and toxic waste. Title of the article is “President Boldrini, secrecy is no longer admissible.”